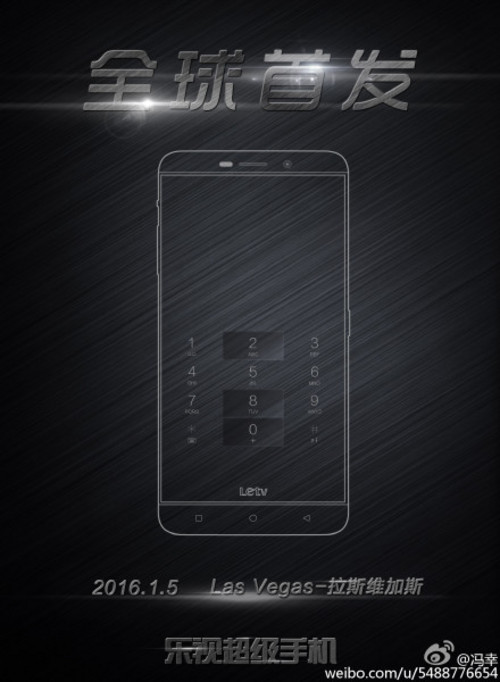 We learned at the end of December that LeTV had something big planned for January 5th, during CES 2016. That something was in fact the LeTV Le Max Pro flagship handset, that will debut tomorrow and gets its (probably) last teaser below.

As you can clearly see, aside from the device’s silhouette, we can also spot the numeric keys “8”, “2” and “0” highlighted, a clear hint regarding the Snapdragon 820 processor. Well, unless some other company makes a launch today, this would make LeTV the very first firm with an officially announced smartphone sporting this chipset. Having it in stores as a premiere is an entirely different affair, though…

The handset is expected to pack a 6.33 inch Quad HD screen, plus 4 GB of RAM and a 21 megapixel back camera. Qualcomm ultrasonic fingerprint scanning is also rumored to be on board, with ultra accurate recognition. Upfront we expect to see a 4 Ultrapixel camera and the screen we just mentioned will be an edge to edge 2.5D affair.