The LG G Pro 2 is a phablet that has been long time coming and last week LG started sending invites to a press event, that may just unveil this product. This is supposed to be the follow up to the LG Optimus G Pro and a placeholder as a flagship till the LG G3 arrives. 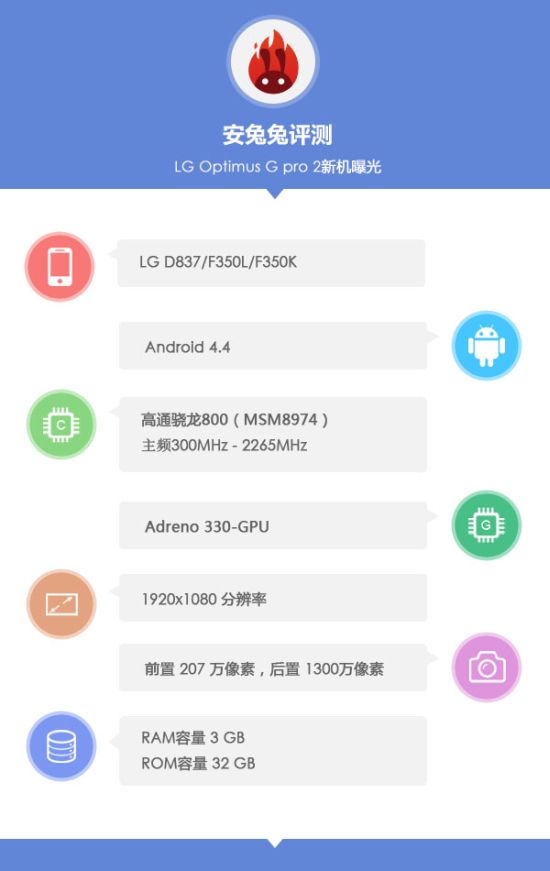 Today we stumbled upon some leaked benchmarks of this device, including an AnTuTu piece, that’s shown above. I have to remind you that the LG launch event is taking place this week and it may bring us this handset, on February 13th. The specs are pretty predictable and include a Full HD screen with a 5.9 inch or 6 inch diagonal, a quad core Qualcomm Snapdragon 800 processor clocked at 2.26 GHz and Adreno 330 graphics.

There’s also 3 GB of RAM and Android 4.4 KitKat as the OS, as well as 32 GB of storage, but no idea what the camera will be. It will probably be a 13 or 16 megapixel sensor with 4K video capture. I have to remind you that the February 13th event takes place in Korea, but in two weeks from now we’ll probably get to see the phablet as well at MWC. 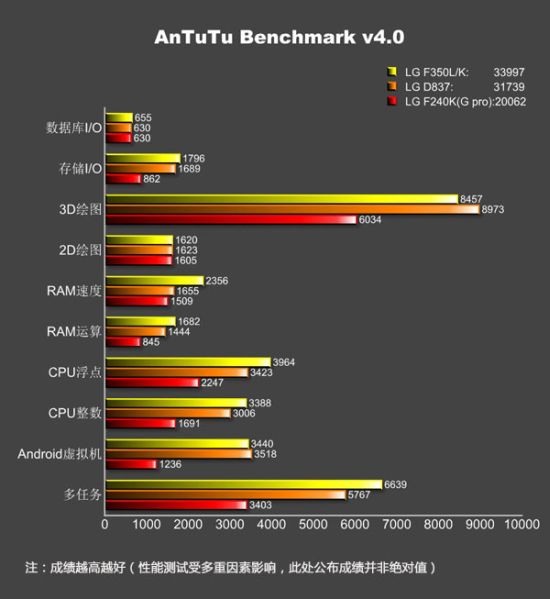