LG is usually in the news with its triple SIM lower end handsets, while other Asian companies take pride in their 4 SIM phones. Today Samsung shows us they can play the SIM game as well, through the new Galaxy Star Trios model. 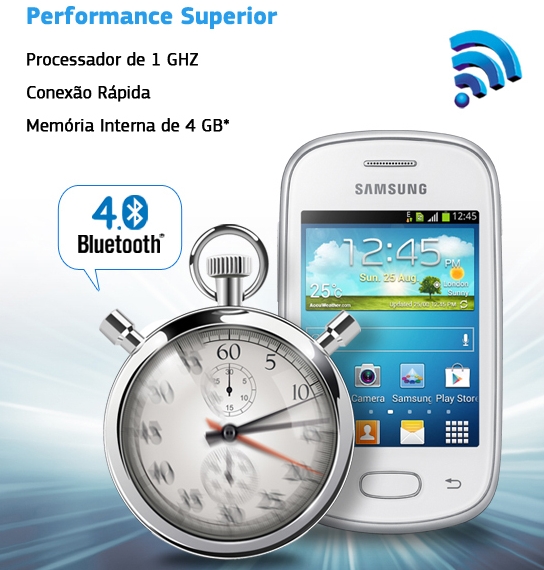 This device has just been launched by Samsung in Brazil and it’s meant to be an updated Galaxy Star S5280. This triple SIM Android phone goes against the LG Optimus L1 II Tri, also launched in Brazil not so long ago. The specs are very modest, including Android 4.1 Jelly Bean, a 3.14 inch 240 x 320 pixel display and a single core 1 GHz Snapdragon S1 CPU.

We’ve got HSDPA, WiFi, a 2 MP back camera, 512 MB of RAM and 4 GB of storage. There’s also a 1300 mAh battery and the Samsung Galaxy Star Trios will be available via numerous retailers in Brazil, in black or white. The price tag is $165, which is higher than the LG triple SIM rival.