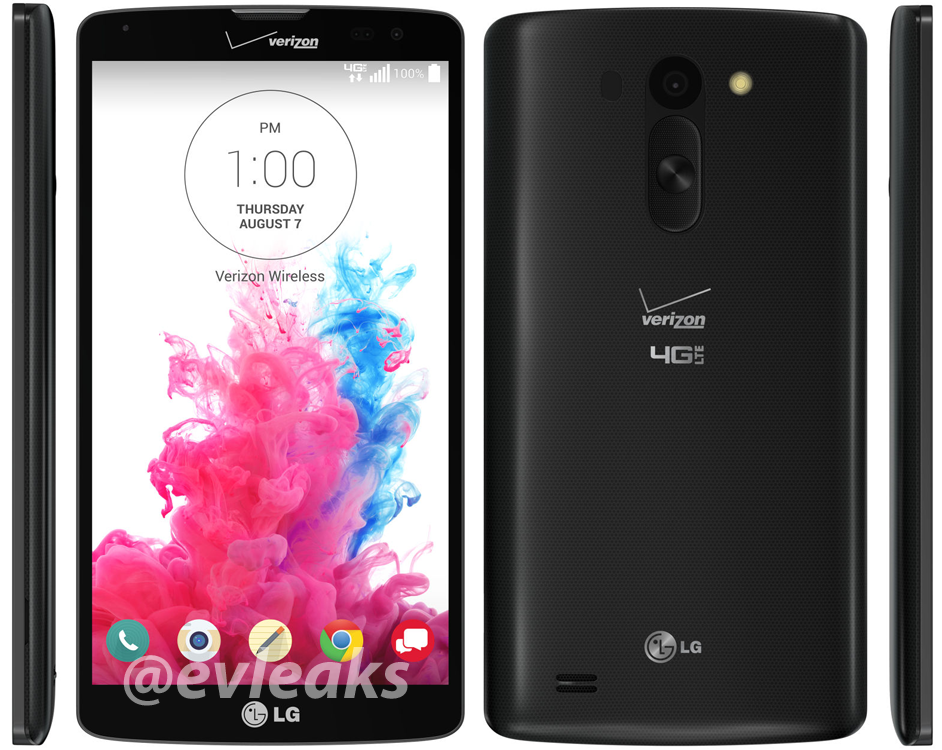 The LG G Vista has leaked before in a pamphlet published by @evleaks and now the same source gives us a fresh render of the handset. It’s covered with the Verizon logo and 4G LTE logo as well, as shown here and it’s clearly a relative of the LG G3. 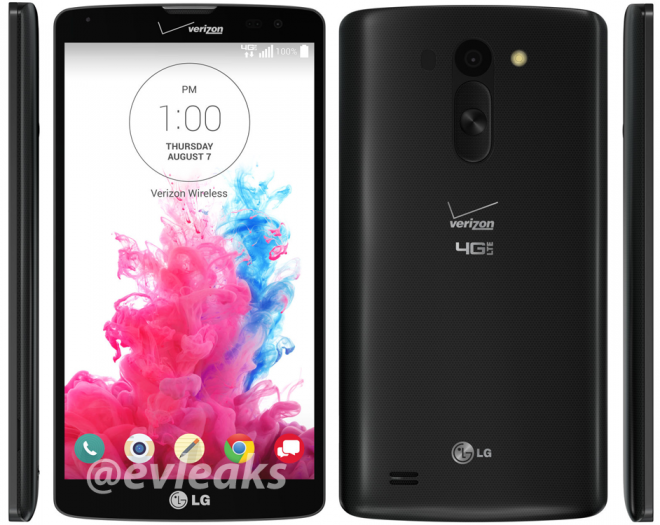 While some say it may in fact be the LG G3 rebranded, there’s also a theory that this model is actually a budget version of the LG G Pro 2. The G Pro 2 is a 5.9 inch phablet and as such it may be too big for some people, so the G Vista hits the spot. This will be an LTE enabled smartphone with the latest Android 4.4 KitKat build with the minimalistic Optimus UI you saw on the G3.

Rumors say that the Pro 2 Lite will debut on July 16th, together with the G3, in its Verizon version. I see we get pretty much the same design as the G3, with back buttons, a slightly rounded and brushed metal looking case, but without the laser guided camera and dual tone flash. I expect a Snapdragon 400 quad core CPU inside this model, if indeed it’s lite G Pro 2.