The folks of Onliner.by managed to score the much rumored LG Google Nexus aka the LG E960, that they took for a professional photo shooting in their studio. These are the first official looking shots of the device and sadly they confirm the news regarding the 8 GB of internal stroage.

Also known as the Mako or LG Optimus Nexus, the handset has a nice texture at the back, a discretely integrated back camera (8 megapixel) and a slightly curved upper and lower edge. The speaker at the back is pretty big and at the bottom we have a microUSB port. This model runs Android 4.1.2 right now, but the finalized version will run Android 4.2. As previously leaked, this handset uses a 4 core Qualcomm Snapdragon processor with a 1.5 GHz frequency and 2 GB of RAM.

LG E960 has an 8 megapixel camera, not the 13 MP shooter of its relative, the LG Optimus G. The screen here is a 4.7 incher with a resolution of 768 x 1280 pixels. The screen also shows virtual Android buttons, taking up some of that resoluton. This design is pretty similar to the one of the Galaxy Nexus and it’s safe to say that the existence of this LG phone is now 100% confirmed.  There’s also a bonus shot below, with the LG Optimus Nexus compared to the iPhone. 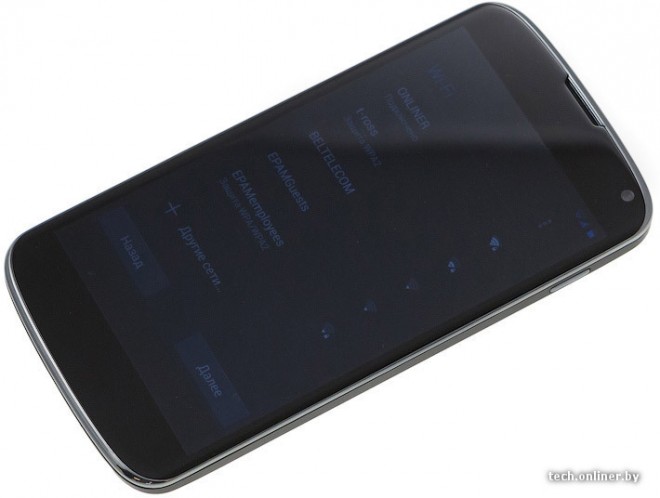 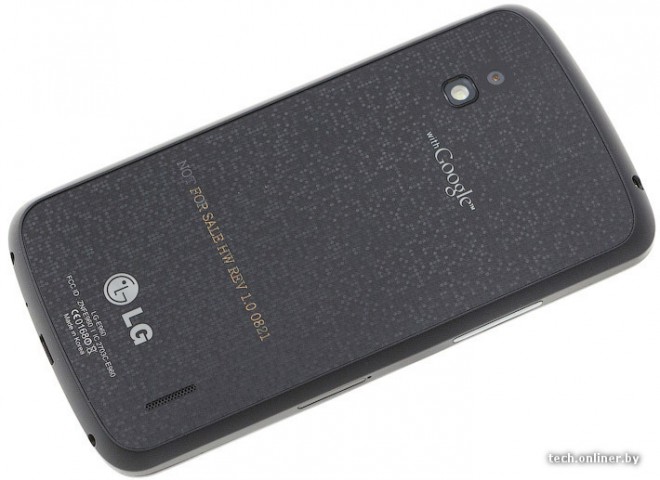 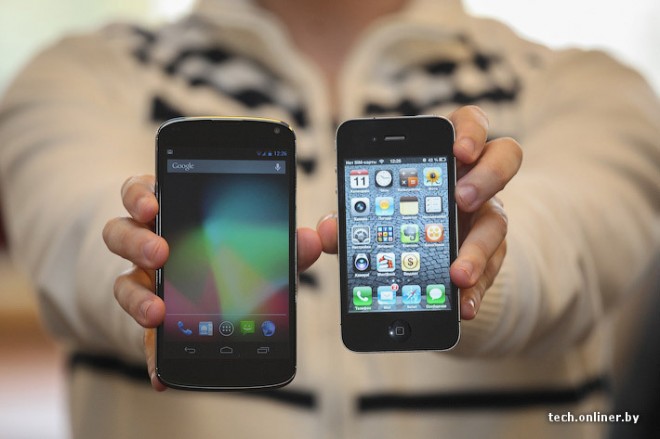