We all know that big companies such as Motorola, LG, Samsung and HTC have HD display handsets in the making, but we’ve yet to see the majority of them. Aside from HTC Vigor, that’s been leaked quite a lot recently, the rest are a mystery… Now, LG’s 720p smartphone shows its face and it’s the LU6200 model I’m talking about here. 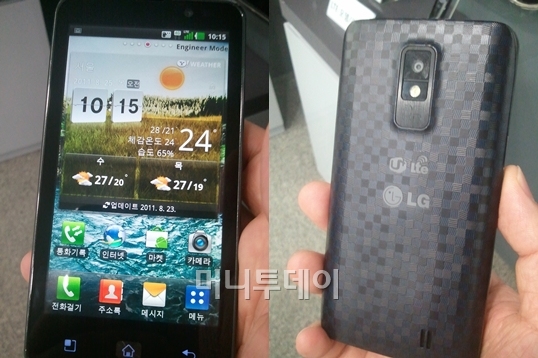 This is a device that’s been teased over the past weekend and it has just been spotted in the wild, sporting a 1280 x 720 pixel resolution, shown on a 4.5 inch IPS display. There’s also a dual core 1.5 GHz CPU on board, of the Qualcomm Snapdragon flavor and other specs that fit with the latest trends in mobile devices: 8MP camera, 1GB RAM, 4GB of internal storage and lots of connectivity options: DLNA, MHL, WiFi Direct, 3G, Bluetooth.

Android 2.3.5 is the OS of choice and rumors say we’re to expect an Android Ice Cream Sandwich in the future. The launch of this smartphone will take place next month, only locally for now, starting with Korea’s LG Telecom U+ LTE network. LG will also offer a 3 month exclusivity on Street Fighter IV, a game that will launch on Android in Q4 of this year.