LG Lucid 4G is a brand new handset coming to Verizon, that’s just had its specs leaked. The handset was also known as the Cayman and it’s a Gingerbread midrange phone with a 4 inch NOVA IPS LCD screen with a 480 x 800 pixel resolution and Gorilla Glass protection. Here’s what the device looks like: 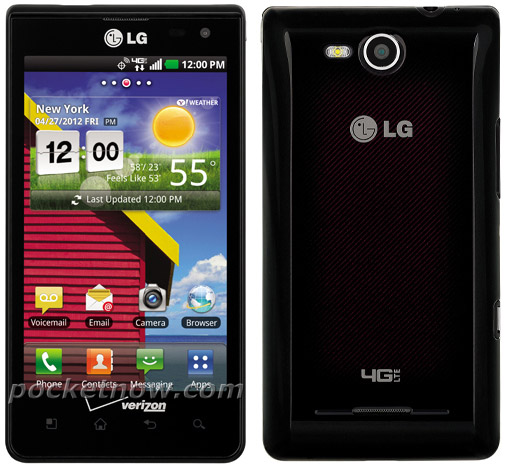 Under its shell we find a 1.2 GHz dual core processor with an unknown chipset maker and 8 GB of internal memory. On the connectivity side we get LTE, EVDO Rev. A, WiFi b/g/n, WiFi direct, Bluetooth 3.0 and USB 3.0. This phone can share its LTE connection with up to 10 other devices, apparently. LG Lucid 4G measures 11.4 mm in thickness and weighs 142 grams, while inside it you’ll find a 1700 mAh battery, that will provide around 350 hours of standby and up to 8 hours of usage.

This handset is expected to launch next Thursday, that’s March 29 and it should be priced at around $200, but as usual you should take the info with a grain of salt and suppose it’s all gibberish talk… unless it’s true.