It appears that the iPhone 4 wasn’t the only handset leaked in a bar, as the Nexus 5 just had a bar moment of its own. The handset was apparently left unsupervised by a Google employee, as he went to the bathroom probably and one of the bar’s staffers took some shots of the new model. 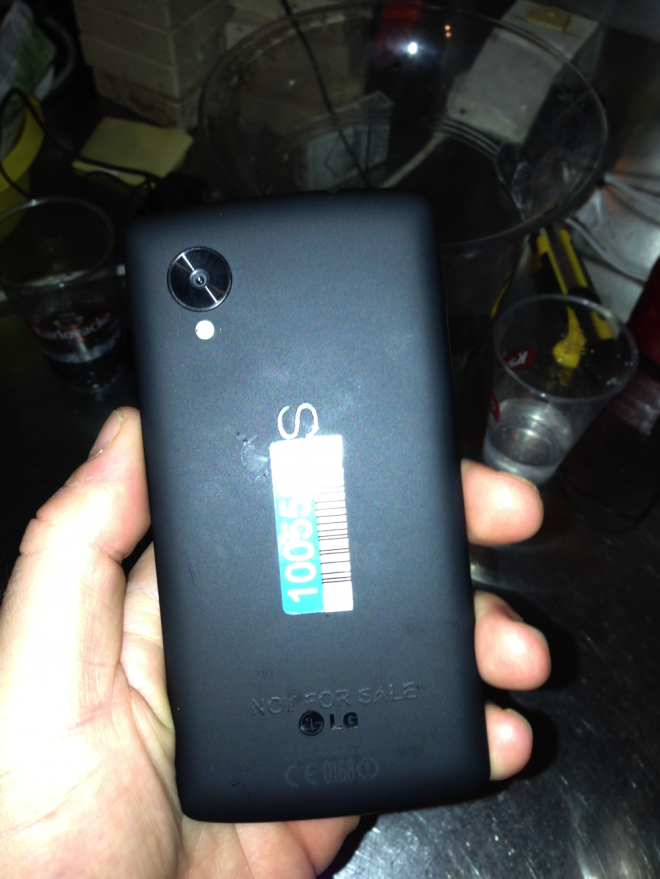 The LG-made new Nexus was seen before, in a promo video for Android 4.4. KitKat and then at the FCC in a bunch of clear images. Now we have some hands on shots to look at, plus two very short videos. The device shows us a bit of Android 4.4 KitKat, with the bootup looking the like Google Play Edition phones. 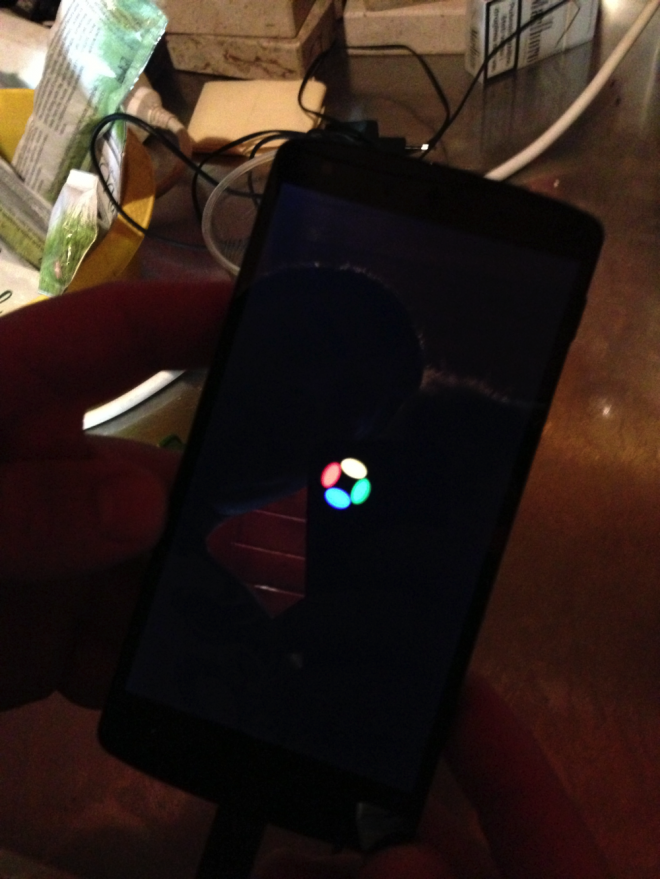 The handset is said to be based on the LG G2 and it packs a 5 inch display, Snapdragon 800 CPU, LTE and supposedly the same camera as the G2, with optical stabilization. Speculations say we should expect the device to come in mid October, around the same time the new iPads are rumored to surface. October just got more interesting! 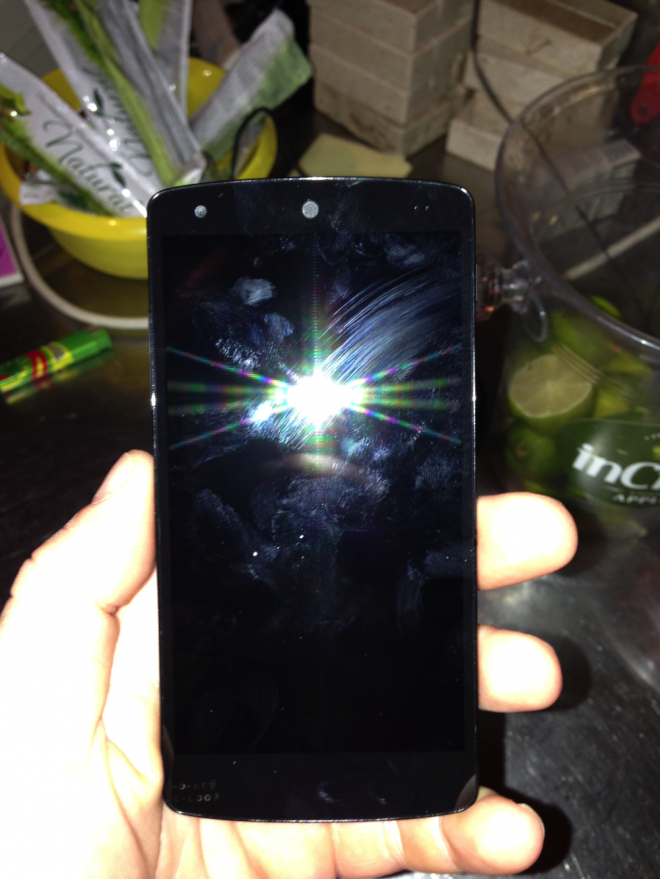