HTC One Mini was received by us at GSMDome.com in a test version, with a sample box, so not the official box. However, we did make a preview/unboxing of the device, since the accessories inside are the same as the ones of the official version. 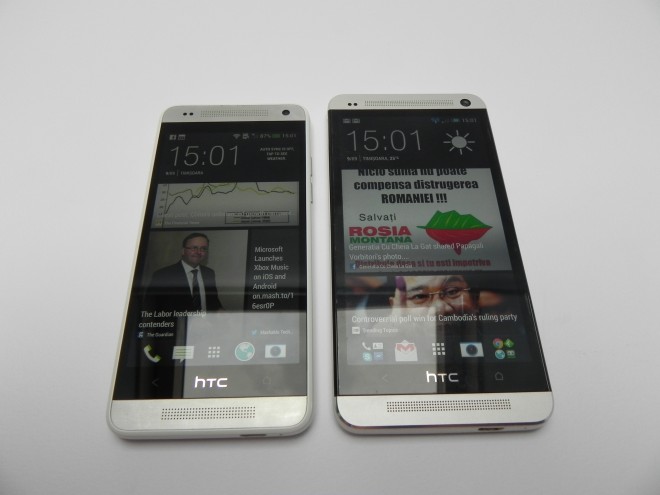 The device is priced at $580 on Amazon and it’s a solid rival for the Samsung Galaxy S4 Mini, that we already reviewed. This handset was announced in July, launched in August and it packs a microSIM card slot and offers LTE connectivity. It measures 9.3 mm in thickness, weighs 122 grams and packs a 4.3 inch display with a 720p resolution. The screen is a Super LCD 2 with Gorilla Glass 3 protection.

The device keeps the trademark technologies from HTC One, like BoomSound, Ultrapixel, BlinkFeed and Zone, but there’s no infrared emitter or optical stabilization. The OS of choice here is Android 4.2.2 and the CPU inside is a Snapdragon 400 dual core at 1.4 GHz, less than the 1.7 GHz of the Galaxy S4 Mini.

We’ll be back with a review sooner than you expect!