We’ve heard at some point that the Nokia Lumia 1520 phablet would be coming to AT&T and we started thinking it may be an exclusive product for that carrier. Well, apparently it’s not, since today we’re witnessing the leak of a Lumia 1520 with Verizon branding. 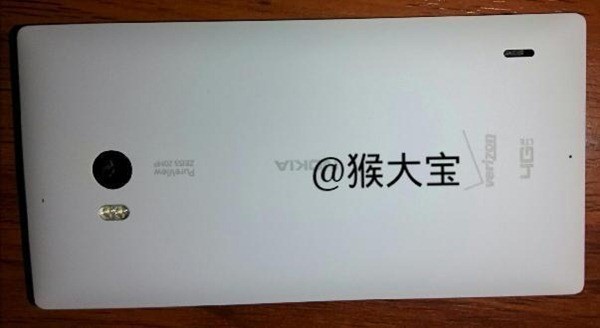 The handset is shown in white and as far as we know, it will be announced at the end of the month and launched in November. The reasons to believe in AT&T more than Verizon are pretty clear: the Lumia 900, 920 and 1020 were all AT&T exclusives. Verizon is more of an Android-oriented carrier, as everyone knows.

However, the picture seems real, so the Big Red wants to give the public a taste of the Nokia flagship. It’s strange that all the leaks related to this model so far have involved specs, design and nothing about the camera. Does this mean it’s an average 20 megapixel Pureview shooter? Well, I guess we’ll have to wait for September 26th to find out.