LG Optimus 3D is a world first, being the first 3D display handset available internationally. Of course in Japan you could find 3D handsets a while ago, but this is the very first unit to reach the worldwide market. Well, let’s see if the dual core smartphone lives up to the expectation. 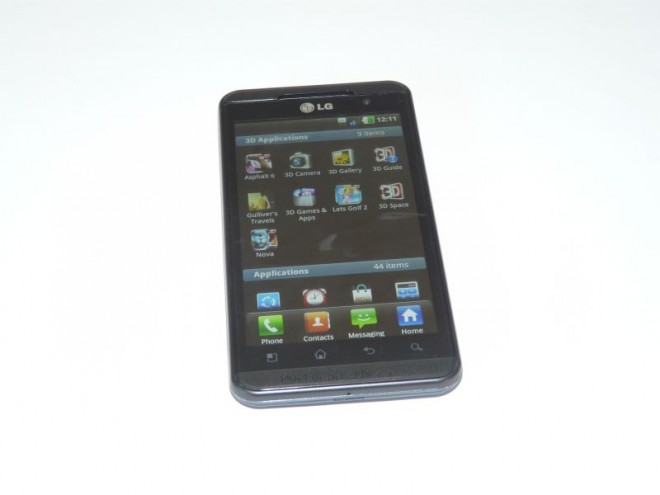 This model is very much a LG Optimus 2X in design and it’s very beefy at 11.9 mm in thickness and weighing around as much as an Xperia Play. The main display is a 4.3 inch 3D unit with 480 x 800 pixel resolution and this is a stereoscopic screen we’re talking about, so no glasses required. At the back there’s a dual 5 megapixel camera, capable of 1080p 2D video capture at 30 fps and 720p 3D video capture.

Samples of that capture are shown in our video review, in case you’re curios. This dual core handset uses a 1GHz CPU and runs Android 2.2, but we were promised a Gingerbread update soon enough. Sadly, the phone presents itself with some lag in situations like switching camera options, changing the phone’s language or simply exiting YouTube. 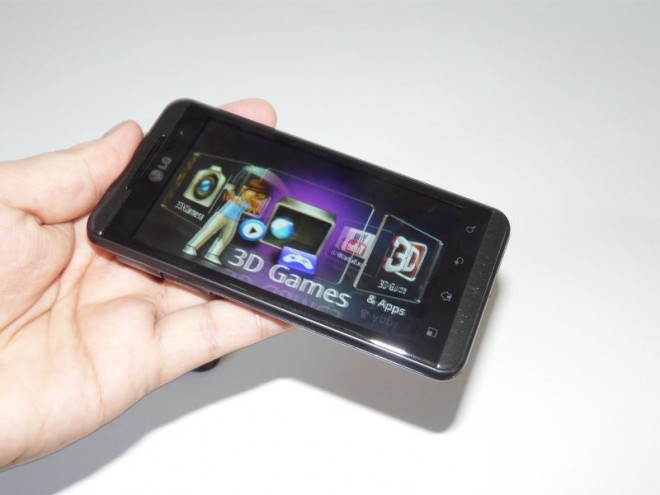 Speaking of which, you get a special 3D section on the device, that includes 3D games, YouTube 3D, 3D Gallery and 3D info. The 3D games, such as Asphalt 6 or Let’s Golf 2 sport great graphics and allow you to change the depth of the tridimensional image, if you’d like to. However, after a while of playing games or watching 3D videos on YouTube, your eyes will grow tired and you might even experience dizziness or headaches.

The viewing angles are not that great on the LG Optimus 3D and back to the specs, we get a HDMI port on board, DLNA, a microUSB port, WiFi and 3G support. Sadly, the battery can only provide 4 hours of talk time and at some point an intensive use session of 20 minutes can drain 1/3 of your entire battery. That’s just sad, but you can blame it on the 3D camera, 3D display and dual core CPU… Maybe HTC EVO 3D will prove more worthy in this segment. 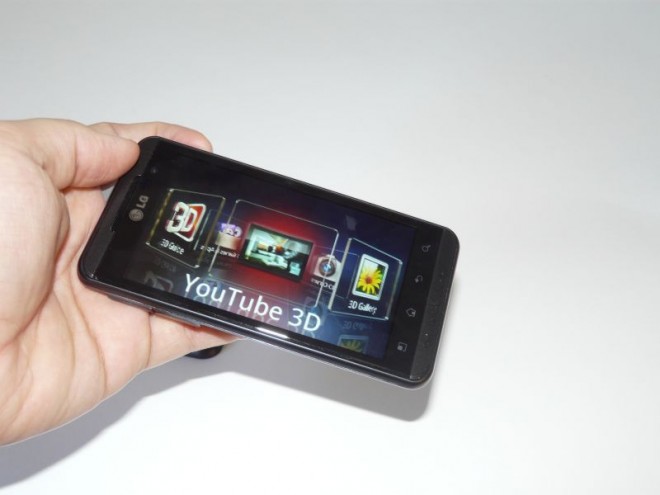 You can switch from 2D to 3D and viceversa at any time, by pressing the on-screen option. There’s also a specialized 3D button that activates the handset’s tridimensional features and triggers the special 3D area of apps. Overall this is a good device, but it can’t escape the comparison with the very similar LG Optimus 2X and also it can’t escape the lag and eye tiredness it causes.