HTC Wildfire S is already a common item in the portofolio of European carriers, but it’s only now headed to the States. Over the pond the device is known as HTC Marvel and now its specs have leaked, in the T-Mobile flavor of the handset. 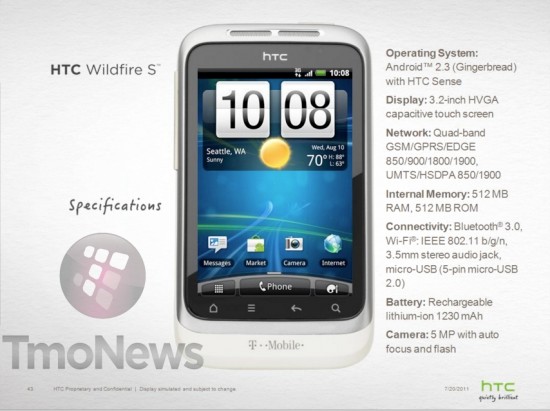 The FCC filing was spotted a while ago and surprisingly enough, T-Mobile decided to give up the Marvel naming and go with Wildfire S. The spec sheet was published by TmoNews ahead of the US launch of the affordable smartphone. We’ve got a 600MHz Qualcomm CPU on board, the same on from the MyTouch 3G Slide, plus Android 2.3, a 3.2 inch touch display, quad band connectivity, 512MB of RAM and ROM.

There’s also a 5 megapixel camera on board with flash and autofocus. Will you purchase this model… for what price?