LG Optimus 4X HD was a premiere in February, when it was announced: the world’s first quad core smartphone, even before HTC and Samsung. However, because of delays, the handset doesn’t impress that much now, although it has a pretty good price for a quad core smartphone: around $450. We received it for testing purposes and unboxed it in the video below. 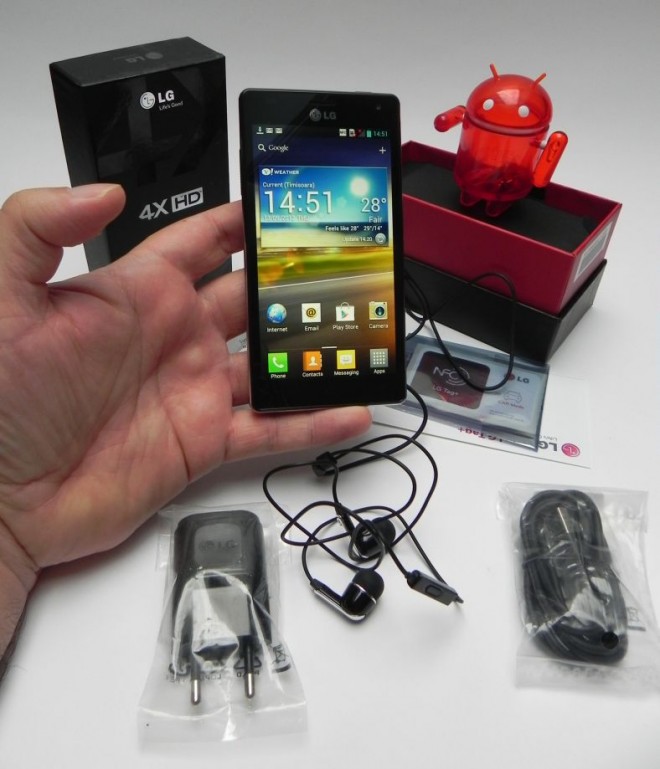 The handset comes in black or white, measures 8.9 mm in thickness and weighs 133 grams. It packs a 4.7 inch True HD IPS LCD screen with a 720p resolution, as well as a quad core Nvidia Tegra 3 processor at 1.5 GHz. Inside the box we find the manual, battery, a LG NFC tag, earbuds, USB cable and charger. The handset has an elegant black and red box and its design reminds me of the LG Prada Phone 3.0, particularly at the back. The texture of the sides and the volume button is particularly interesting and original.

This model comes with a pretty big 2150 mAh battery, 16 GB of storage, 1 GB of RAM, an 8 megapixel main camera and Android 4.0 as the OS. As se show in the unboxing, it also gets LG Optimus UI 3.0 with some nifty customizations and themes and we also get zooming in videos, a feature that I find to be very cool. More details will come in the full review next week!