As expected, LG announced the world’s first quad core phone, LG Optimus 4X HD, just like they premiered the world’s first dual core handset more than a year ago. This new device will be shown at MWC 2012, but LG has chosen to show it earlier, so that its rivals won’t steal the show. 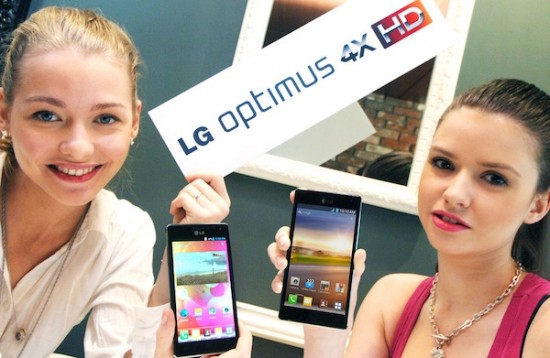 The handset will most likely be dubbed T-Mobil LG G4X in the USA and it comes with a quad core Nvidia Tegra 3 procesor, Android 4.0 Ice Cream Sandwich and a 4.7 inch True HD IPS display. The quad core phone doesn’t use that TouchWiz clone called Optimus UI, instead it opts for a new interface that reminds me a bit of Go Launcher EX.

LG Optimus 4X HD also comes with a pretty big 2,150 mAh and still manages to cram all that new technology inside an 8.9 mm thick case. The smartphone will be shown on the MWC floor at Barcelona, where we’ll be present to give you all the hands on quality time one needs these days. Till then I have to say that this new Optimus model looks very nice and it finally strays a bit from that square-ish design we’ve seen over the past weeks with Optimus Vu, the L series and LG Optimus Tag LTE.