LG Optimus Black and Samsung Replenish have just been pictured in their Boost Mobile versions, as shown below. These carrier branded devices are already famous internationally, especially the first one, thanks to its very bright display. LG Optimus Black was already available on Sprint as the LG Marquee and the Samsung Replenish was also found in Sprint’s portofolio. 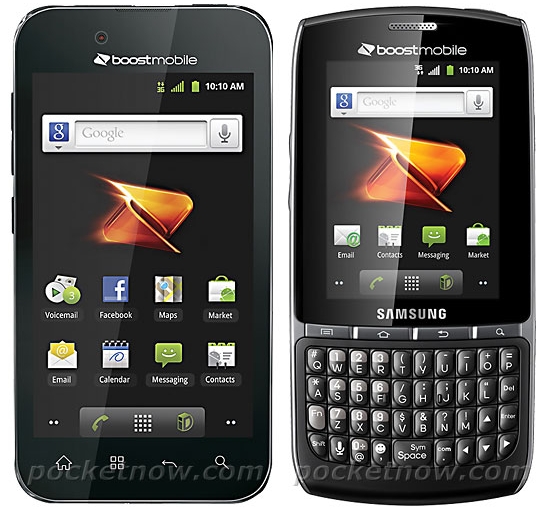 No info when Boost will start selling these phones, but that’s probably happening next year. Replenish runs Froyo right now, which is pretty sad, considering Android 4.0 is here for devices like the Nexus S. Luckily LG Optimus Black runs Android 2.3 Gingerbread and it will get updated to Android 4.0 Ice Cream Sandwich in 2012. US Cellular also wants to pick up the LG Optimus Black, under the name LG Majestic. Honestly, speaking, the Samsung Replenish looks a bit cramped for my style, especially the keyboard.

Meanwhile the LG Optimus Black is one of the hottest mid range smartphones these year and it behaved perfectly in our review. The handset has sort of a funny appearance when it was launched in its white version as LG Optimus Black White in some countries. That’s pretty silly for a name, right?