The hottest smartphone of the moment, LG Optimus G has been priced for release in USA, where it will debut next month. This quad core Snapdragon handset will debut on Sprint for $199 on November 11th and on AT&T for the same price on November 2nd. Both prices apply with 2 year contracts. Preorders for the Sprint Optimus G start on November 1st. 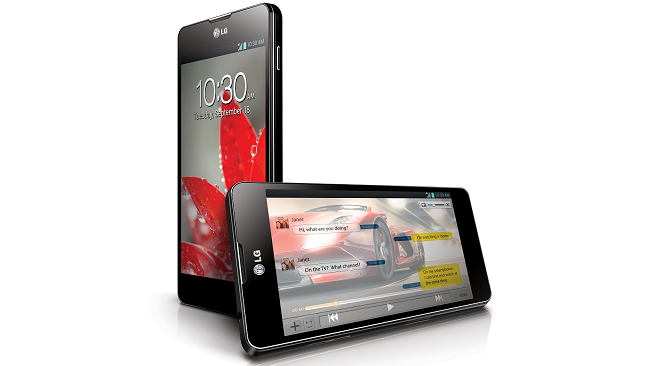 The AT&T version of the LG Optimus G is a bit wider than the Sprint one and the Korean version. Also, the bad news is that this version also comes with an 8 megapixel camera instead of the 13 megapixel shooter that the phone has in Korea. Other than that we get the same 4.7 inch True HD IPS+ screen and the quad core Snapdragon S4 Pro processor, a pretty hot combination right now, that will give the HTC One X and Samsung Galaxy S III a run for their money.

I wonder if the quantity of 2 GB RAM will be kept in the AT&T version, but I guess it’ll remain the same, since there’s no reason to change it for less. Apparently you can already preorder the device on AT&T, which is pretty cool. Considering the LG Nexus 4 has pretty much the same specs, aside from the storage, are you willing to hold out for that one or buy the Optimus G?