We’ve previously heard that Google would release more than one Nexus phone for the anniversary of Android this year. This theory seems to be coming to fruition, since we’ve already seen the leaked LG Nexus 4, some hints about the Samsung Galaxy Nexus II and now a Sony Nexus X mockup. The picture appeared on Picasa and be cautious, as it may be a fake. 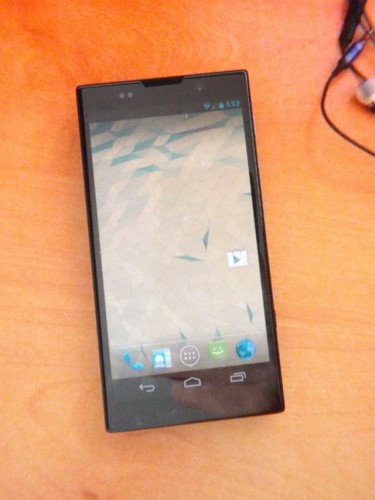 My first thought when seeing the back of the phone was that it resembles the HTC 8X quite a bit. Notice the microUSB port on the left and also the dock pins on the same side. The idea of placing the connectivity port on the side reminds me of the Xperia Arc S and the Xperia Play, if I’m not mistaking. There’s a very interesting look of the back section, with a lower area that seems to be separated from the upper one and may be in fact a lid for the microSD and SIM card slot, provided that this Nexus phone has a microSD card slot, that would be unusual.

In the upper side of the back we spot a pretty big lens camera, with LED flash and the Google logo below it. Upfront there’s a typical rectangular design, virtual keys like on the Galaxy Nexus and a front camera. Honestly speaking, the device seems to be a tad bulky, but it takes more than two pictures to figure that out. So, are you more excited about this model or about the LG Nexus 4? 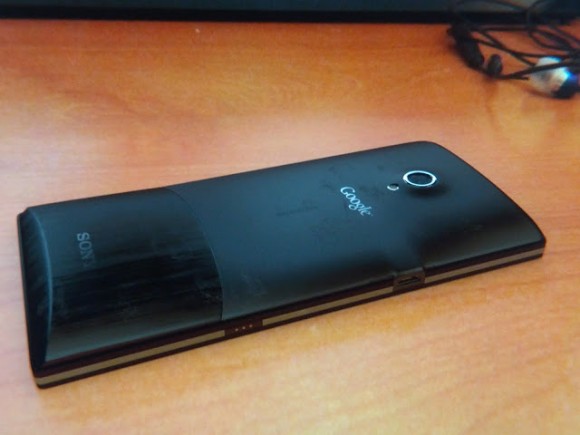