LG is already teasing the stuff it’s going to bring at MWC 2013, including a new series of phones, rumored to be dubbed F Series and include phablets. Among the devices brought to MWC there will also be the LG Optimus G Pro, a model that has been expected for a while now and rumored a lot. Today we get our hands on a fresh pic of it. 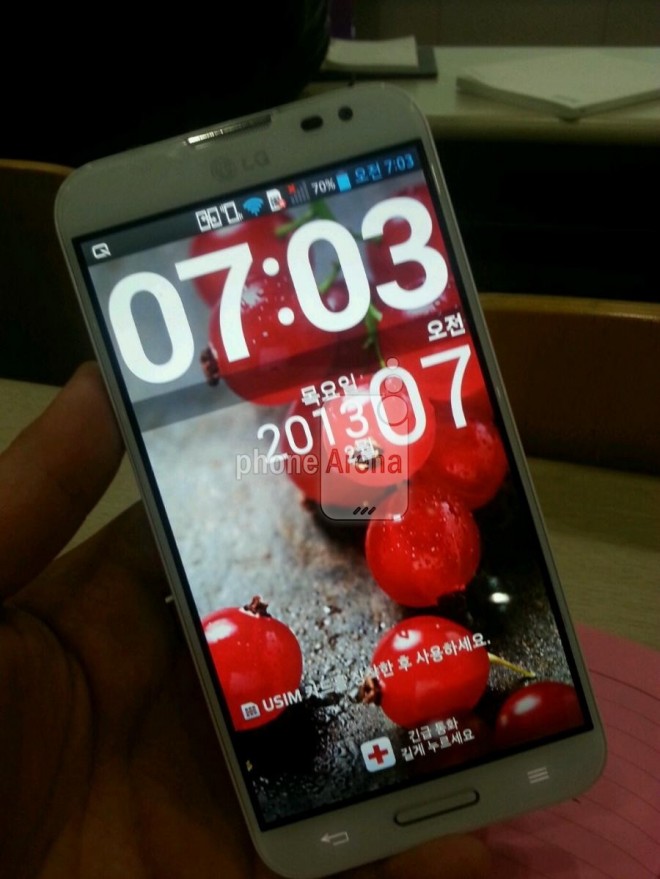 The LG Optimus G barely hit some parts of the world, so I guess LG is not in a rush to release this 5.5 inch phablet. In Japan the G Pro version for NTT DoCoMo was already announced, but there it packs a 5 inch Full HD screen and 3000 mAh. Just like the HTC J Butterfly in Japan and Droid DNA in USA, the international G Pro is different from the Japanese G Pro. This, we’re dealing with a 5.5 inch handset, that will come to MWC with a Full HD resolution and a an elongated figure.

LG Optimus G Pro uses an IPS LCD full HD display, a 1.7 GHz quad core Snapdragon processor, LTE, 2 GB of RAM and a 13 megapixel camera at the back, plus a 2 MP front shooter. The device will use a 3140 mAh battery, 32 GB of storage and a microSD card slot, so you’ll get a ton of memory on it. The picture you see here is the Korean version of the phone, for the LG U+ carrier.