We finally a clear time frame for the arrival of the first Ubuntu phones in stores: October, according to Mark Shuttleworth, founder and CEO of Canonical. This company provides services for corporate customers using Ubuntu open source software and app developers will have access to the mobile Ubuntu, that has already been optimized and toyed with on the Galaxy Nexus. 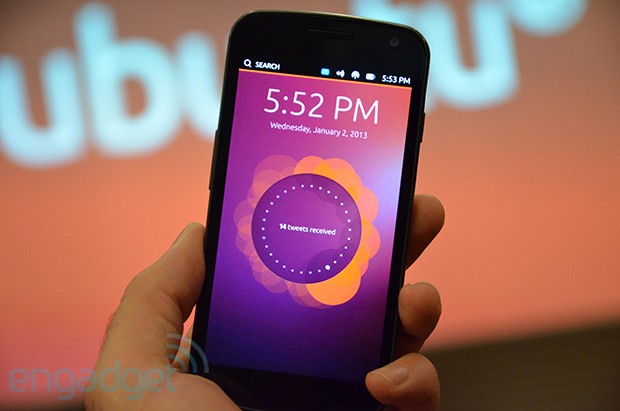 As you probably know already, Ubuntu is a Linux-based operating system used to run servers and infrastructure in IT departments. It’s available on very varied devices, ranging from desktops to tablets, now smartphones and many more. Handsets can be docked to larger screens, connected wirelessly to keyboard and other peripherals and even support Windows app streaming from corporate servers. The idea is that you can share Windows apps to the phone desktop, said the same Mark Shuttleworth.

You can’t do that with other mobile OSes, from what I know. The problem is that “bring your own device” policies are in place now in corporate environments and people have adapted to using iOS and Android devices. Another problem is that Ubuntu will be lacking apps when it launches on the phone, but the community may jump in and provide them.