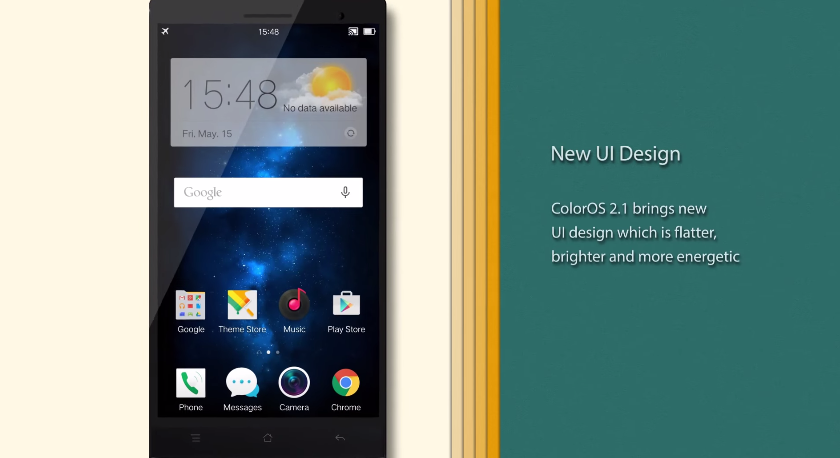 Oppo launched the R7 and R7 Plus smartphones today, but they also debuted the Color OS 2.1 platform, that has already been available as a beta on the Find 7 and Find 7a models. Now it gets an official release and as you probably know, it’s based on Lollipop. 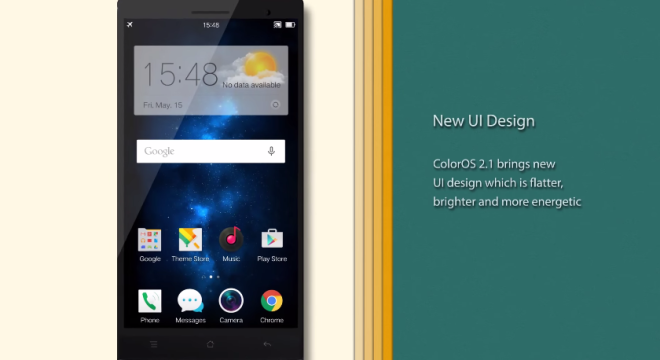 It brings a flatter and brighter UI, redesigned system apps and custom icons for about 200 popular applications. Oppo has made the UI more responsive and after and now the boot time has been reduced from 31 to 10 seconds, thanks to the update. Faster app launches are available, including those of third party applications. The Chinese company has made the software light, removing all the unnecessary features that use up RAM. 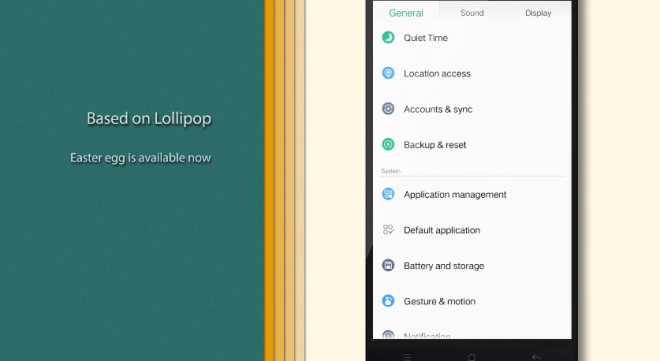 They increased stability and you can find Power Saving features included in the experience now. New emojis and ringtones are also here, as well as some new music player elements. Some users are saying on the Oppo Forums that they consider the UI to be not totally flat, since there are some 3D elements in some parts of the interface.

Anyway, you should also remember the Lollipop Easter egg is here. 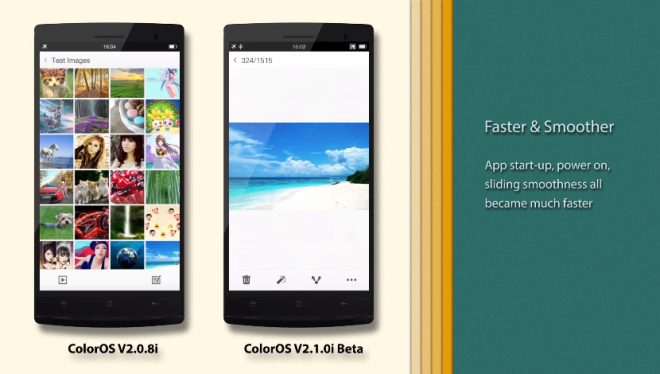