We’ve seen our share of edge to edge phones so far, but none of them was close enough to the real definition of an edge to edge screen. Motorola Razr i tried it, but didn’t impress that much. Well, it appears that LG Optimus G2 will take the cake, if the image below is real. 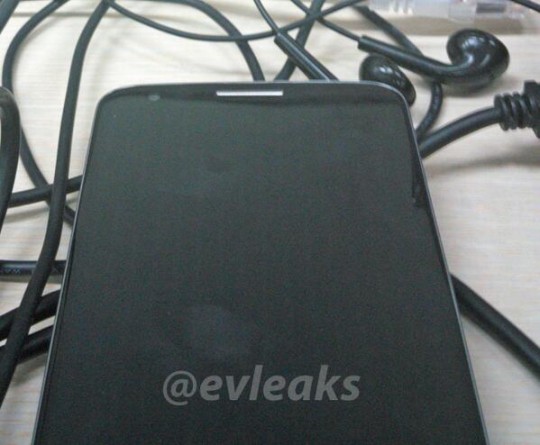 This is supposed to be the Optimus G2 if the sources behind the leak are to be believed. As usual, @evleaks is the one leaking the newcomer and we tend to believe him. The G2 has leaked a lot recently, in specs, design traits and now images. Considering that LG has a big event scheduled for May 30th, one related to “G”, we may see this new model in two weeks.

Speculations have also pointed towards a new LG nexus model, so maybe LG will try the dual smartphone strategy again, releasing twin devices like the Nexus 4 and LG Optimus G. I have to say that the model pictured here sure has a Nexus look, with those rounded edges and speaker grill, plus front facing camera layout. This is the most compact screen integration ever and this model is also supposed to be very thin, according to speculations, so thin that it will have volume buttons on the back. Real or fake?