After several high end models, Xiaomi may be preparing a lower end device, with a price tag of $130 and some mid level specs. The device is dubbed Xiaomi Red Rice and it has recently leaked on the web, as shown by the images below. 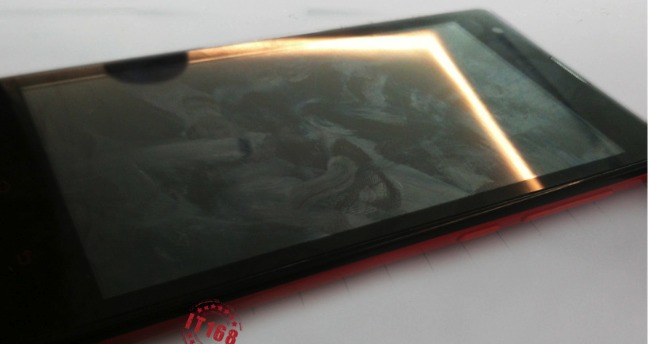 Rumors about this model have started appearing months ago, but they were dialed down as the Xiaomi M2s and M2A were launched. People thought that those were actually the Red Rice units, but guess not. The rear of the handset shows a square shaped camera, supposed to be the same 8 megapixel sensor used on other Xiaomi handsets.

The mystery model is expected to pack a HD 4.7 inch display, a 1.2 GHz quad core MediaTek MT6589 processor, but in the meantime other leaks switched that to a dual core Leadercore LC1810 processor at the same frequency. Finally, we should get 1 GB of RAM, 8 GB of ROM, a 2000 mAh battery, a 2 megapixel front camera and MIUI V5 preinstalled. Expect an October launch date, although that sounds pretty late.