LG Optimus L9 has been announced a while ago, but we’ve yet to find out through which carriers the handset will debut. That was until today when we saw a shot of the handset leaking with the T-Mobile branding on. You should also know that MetroPCS and T-Mobile have merged, in case you were wondering what happened with the former’s devices. 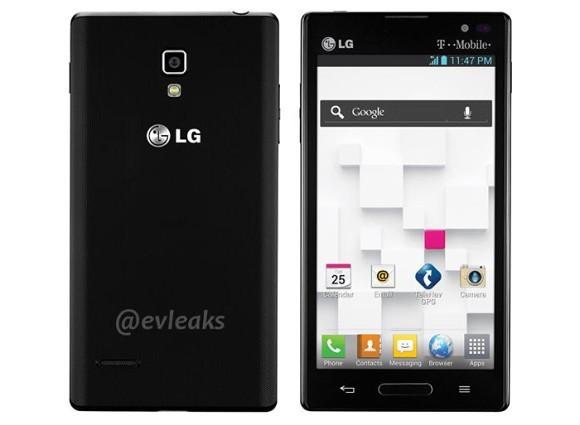 LG and T-Mobile have not yet announced the availability of the handset, although specs are official. This seems to be quite a good smartphone, a midrange close to the higher end of the spectrum when it comes to hardware. The pleasant surprise here is the 4.7 inch high definition IPS display, that’s accompanied by a 1 GHz dual core processor, 1 GB of RAM, 4 GB of internal storage, a 5 megapixel camera and a 2,150 mAh battery. It also features the LG QTranslator app, that comes with OCR technology and it’s able to translate words and sentences from 44 different source languages to more than 60 user languages.

LG Optimus L9 adopts the classic L Style design philosophy, with a 9.1 mm thin body, a metallic streak around the device and the squared look already famous on the LG Optimus 4X HD, LG Optimus Vu and other modern LG phones. The handset weighs 125 grams and has a front VGA camera, plus support for DLNA.