MetroPCS is preparing to launch a new Android handset from the LG Optimus line. It’s been a while since they launched a model from this series, the Optimus M, that came at the end of 2010 and it was based on the famous Optimus One. The new model is called LG Optimus M+ and it’s not a high end device. 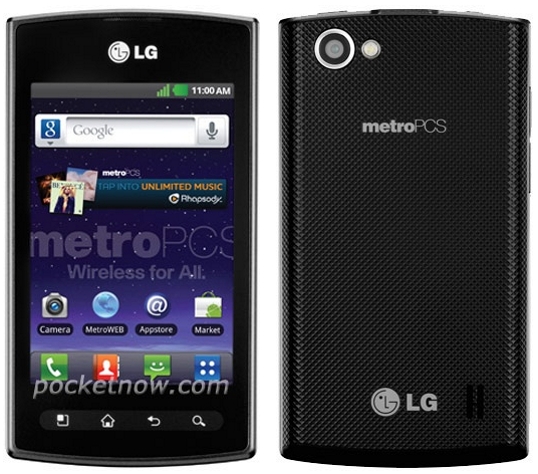 The M+ adopts the already famous L style design, that we saw on so many LG phones showcased at MC 2012, so it’s a squared phone with a nice texture at the back. There’s also Android 2.3 Gingerbread on board, a 3.5 inch HVGA display, Bluetooth 3.0 and a 5 megapixel camera at the back, with flash. The brain of the handset is an 800 MHz CPU and we have no idea when this phone will be released on MetroPCS. What we know is that it will have a low price, probably under $200 or around it.

The LG Optimus M+ could become the second LG device on MetroPCS in 2012, after the high end-ish LG Connect 4G. I wonder what they’ll come up with next, yet another low end phone or maybe a 4G smartphone.