Last I heard, the codenamed Samsung GT-i9300 was associated to the Samsung Galaxy S III and now we’ve got a live picture going with that codename. The past week has been a real avalanche of leaks of pictures portraying the Galaxy S III, or a relative of the new phone. I can’t help but wonder: is this finally it?! 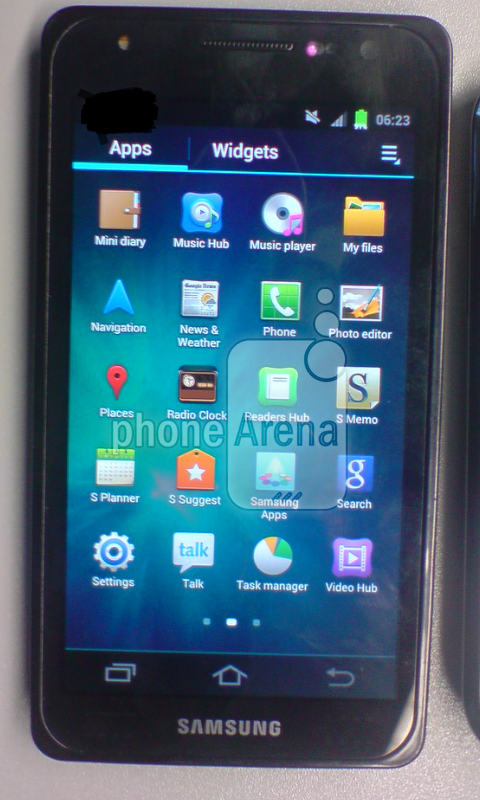 The handset comes with those 3 capacitive buttons for Android 4.0 in the lower part of the body, obviously it runs Android 4.0 and last I heard it had a quad core CPU and an 8MP camera with high framerate capture. There’s also the usual TouchWiz overlay on top and if you have questions about that codename, know that the GT-i9200 was the Samsung Galaxy S II, while the GT-i9250 was the Galaxy Nexus, so the GT-i9300 is either Galaxy S III or the rumored Galaxy S II Plus.

The only problem with this story is that at some point there was a leaked UAP profile on Samsung’s website, listing the i9300 with a 1024 x 600 pixel resolution. That UAP may have been a mere placeholder, so don’t hold your breath for it, since it’s already taken down. One thing’s for sure: this model in the live picture fits the recently leaked renders, in both shape and size. It could fit the rumored 4.6/4.7 inch diagonal size and I have to say I’m pretty surprised to see the Samsung logo at the bottom instead of the top.

Also, in spite of rumors this is not a bezel free phone, so what’s up with that? And the leaks keep on coming…