When the LG Optimus Vu was announced, everyone saw it as that Galaxy Note rival they’ve been waiting for. Now the device shows itself as a pricey piece of gear, available in South Korea right now for $885. This price gives you a 5 inch 4:3 aspect ratio device with a poor resolution of 1024 x 768 pixels, certainly no match for the Exynos-powered Galaxy Note, that came out about half a year before the LG rival. 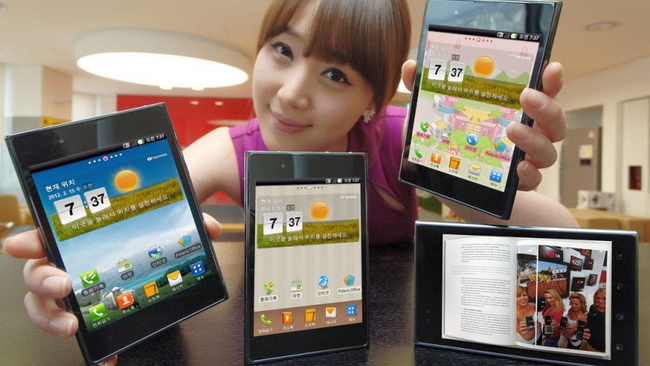 The Optimus Vu relies on a 1.5GHz Snapdragon processor from Qualcomm, uses an 8 megapixel camera, a stylus and shows us a pretty unpleasant design, with a square block of plastic and metal making out the device. The problem with the Vu is that it’s too wide and although LG praises its ability to use this width and the 4:3 aspect ratio to avoid having “dead areas” on the screen when e-reading, I’d still go with fancy over bulky and uncomfortable. The 5.3 inch Galaxy Note also has the advantage of the AMOLED screen with the vivid colours and truly black… blacks, plus the 1280 x 800 pixel resolution.

Unless HTC decided to release a 5 inch device, I don’t see anyone making a dent into the Galaxy Note fanbase in the following months. They’ve got that S-Pen thingie going on, that potent camera at the back, the Exynos CPU and the prices have gone down. Also, the Note already sold millions of units all over the world… so, there’s no point in buying the Optimus Vu, trust me!