We’re still checking out our video archive of hands on clips taken in Barcelona at MWC 2012 and it’s quite a rich collection of videos, apparently. We’ve also found a detailed preview of the Nokia Lumia 900, the 4.3 inch Windows Phone smartphone that everyone was talking about at CES 2012. That’s where the handset got an award for “best smartphone”, courtesy of the folks at CNET. I have to give it to the guy at the Nokia booth, he’s dressed all hip and has a good attitude… nice! 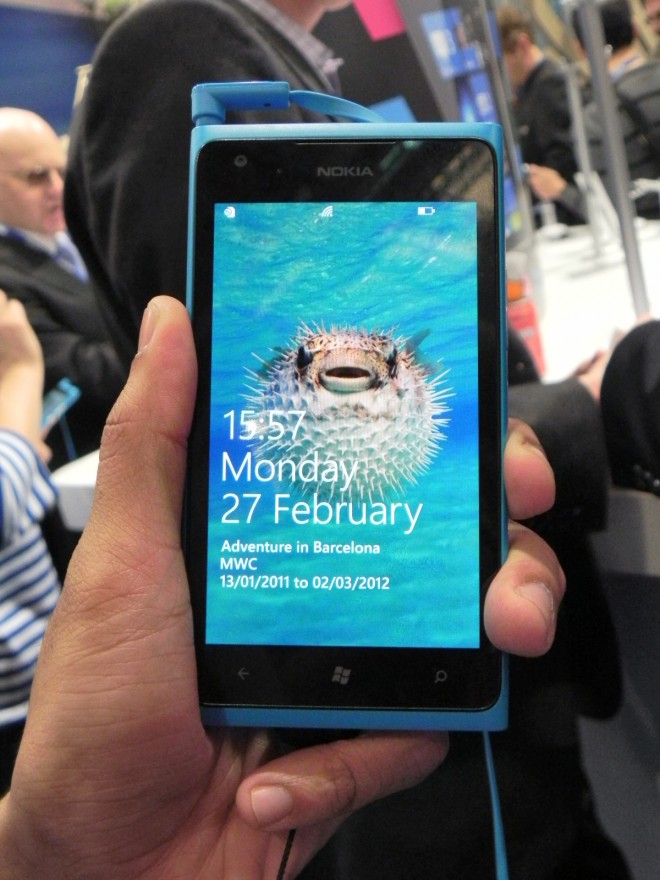 Back to the phone, this model comes with the same design as the N9 and the Lumia 800, but with a bigger diagonal, plus a front camera and an extra camera button (compared to the N9, since the Lumia 800 has one). The case is all polycarbonate, we have a microSIM slot available and the guy at the Nokia booth really went through all the features of this device and the OS on it, as shown in the video below. However, you shouldn’t expect any difference from other Windows Phone units, since there aren’t. And now here’s the specs list for the device:

Nokia Lumia 900 was rumored to come to Europe with an improved camera, a 12 megapixel unit, but in the end it seems the resolution will be kept. I can’t say I’m sad about that, since the cameras on the Lumia handsets have excellent bitrate when filming, for example. The hands on and gallery below should convince you to buy this model, since it’s the best Windows Phone unit money can get and with Nokia logo on. Tempted by one?