Nokia has the habit of using those little bits of technology that made it successful… They used the Nokia N9 design over and over again and now they’re ready to move the PureView technology from the Symbian world to the Windows Phone segment. I remind you that at Mobile World Congress Nokia’s Pureview 808 handset amazed everyone with its 41 megapixel camera. 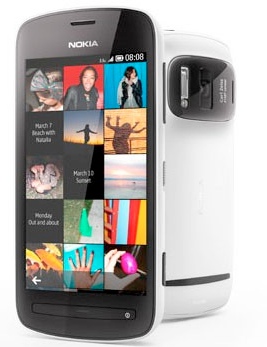 The device runs Symbian Belle/Nokia Belle and has unimpressive tech specs, but it still caught the eye and ear of the audience. Now Nokia wants to bring the 41MP sensor and Pureview technology to the Lumia series and if they manage to do that and still keep the costs decent, they will conquer the world once again. Jo Harlow, Nokia’s Senior VP of mobile phones recently said to a Finnish newspaper that we’ll see a Lumia device with the same optics as PureView, so the information came via official channels, not speculation.

Harlow also said that this will happen soon enough, so it’s good news for people who actually want to have a phone replace their camera. I sure hope that the Windows Phone experience won’t spoil the whole picture taking/video capture thing and that the software will be on par with the hardware. Are you ready for a Lumia with oversampling, slide zoom and 4x lossless zoom in 1080p video capture?