We were always pleased with the new design line that LG adopted with the L Series. It all started with the LG Prada 3.0 and Optimus Vu and from February this year all the designs that LG came out with were based on these two units. Frankly speaking I prefer their designs to the whole rounded lineup from Samsung and I’m not the only one, since apparently LG sold quite a bunch of L series handsets. 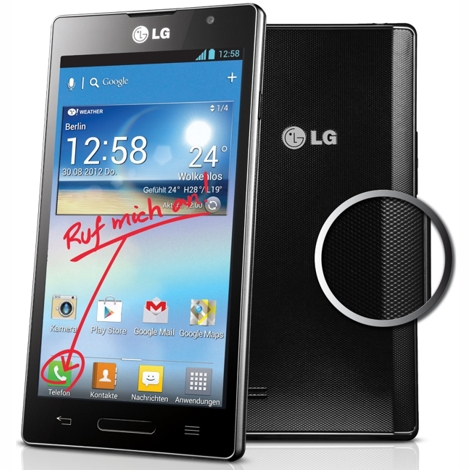 I’m talking about the lower end L5 and L3, plus the higher end L9 and L7. The L5, L3 and L7 were the first to come and the L9 was a later release. LG’s official figures say that they sold over 10 million units, which is great for a midrange/low range series, but merely trinkets compared to the Galaxy S III 30 million units. The Galax Note units combined may also have passed the L Series from LG. With the company not doing so well lately, this minor milestone is still something they can be happy about.

All these 4 models run Android, have similar designs and go from a 3.2 inch QVGA display on the Optimus L3 to a 4.7 inch IPS qHD screen on the Optimus L9. The Optimus L5 and L3 also have dual SIM versions of their own. LG claims that these devices are currently available in over 50 countries all around the world.