LG Spectrum is a handset that has just been confirmed by its maker and it seems that it will be showcased next week, at CES 2012. We’re dealing here with a pretty powerful smartphone, one that’s not so far from the LG Optimus LTE unit unveiled late last year. 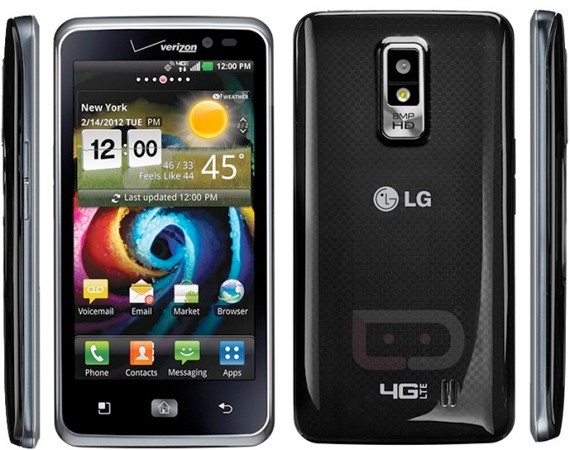 This newcomer is said to feature a 4.5 inch True HD IPS display, a dual core 1.5GHz processor of the Qualcomm Snapdragon king and 1GB of RAM. 4GB of internal memory, an 8 megapixel camera and 1.3MP cam upfront fill in the blanks of the specs list. LG Spectrum will come to Verizon, supporting both Bluetooth 3.0 and 4G LTE connectivity via the carrier’s services.

Spectrum only runs Android 2.3 Gingerbread for now, but I’m sure it will get Ice Cream Sandwich in the following months. I’m not sure what battery we’ll see here, so it’s either a 1830 mAh unit, or maybe you want to get the optional 3000 mAh unit, to juice up this LTE device. Expect a Verizon launch on January 19th and a CES showcasing next week.