Motorola started the year in full force, by unveiling two new handsets that are both elegant and affordable. These are the Motorola Motoluxe and Motorola Defy Mini and they’re expected to arrive this spring in Europe, China and Latin America. 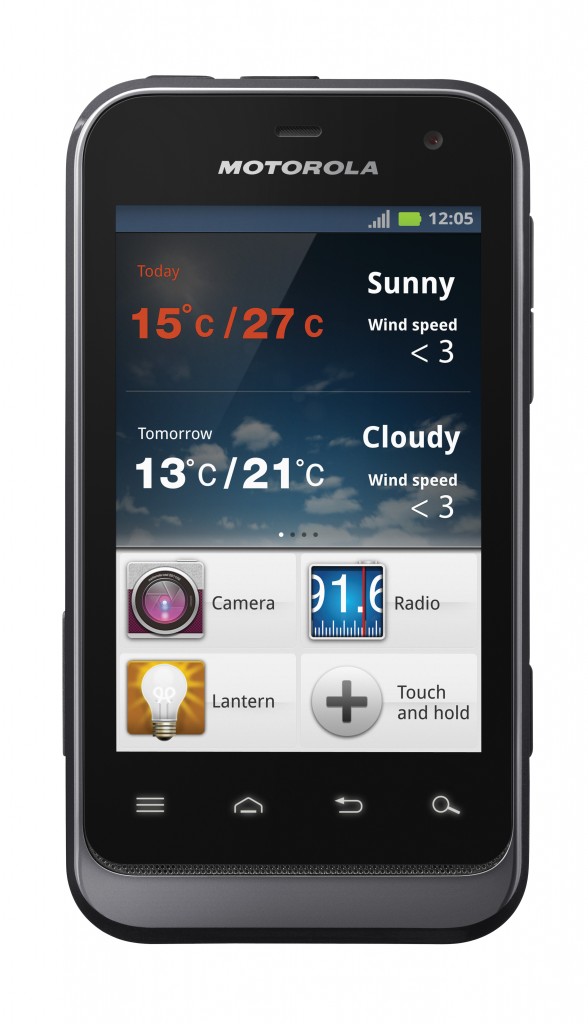 These are both Android 2.3 Gingerbread handsets, with Motoluxe being a slim touchscreen handset, while the Defy Mini is a dustproof unit that’s also water resistant. It appears that the Motoblur UI was turned into the MotoSwitch interface, that changes the way the user manages his life. There’s a Social Graph feature included, that provides quick access to the most important contacts by making the people you talk to more often have bigger and bigger icons.

Motorola Motoluxe is a mid-end handset with a 4 inch touchscreen with a 480 x 854 pixel resolution, an 800 MHz processor, 512MB of RAM, 1GB of ROM, a microSD card slot and an Adreno 200 GPU. 3G is also supported, WiFi too, DLNA as well, Bluetooth 3.0, GPS and an 8 megapixel camera with autofocus and LED flash.

Motoluxe measures 9.9mm and uses a 1,400 mAh battery to juice up the unit.