We’ve had our share of leaks and prototypes reaching the web recently and LG is no exception from the rule, with one of their new Windows Phone units getting pictured below. This is a mere pre-production unit, as proved by those unfinished capacitive buttons below the display. This device certainly looks like a big evolution from the likes of the LG Optimus 7. 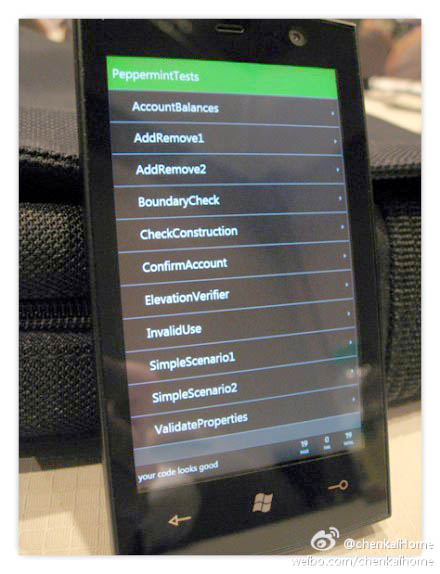 There will be a lot of leaks in the following days, as we get closer and closer to CES 2012 and we expect the unveiling of a bunch of new HTC, Samsung, LG and Motorola phones. Last year ended with leaks and rumors concerning the LG Fantasy Windows Phone, but this seems to be a different device, in case you’re wondering. The buttons on the front side confirm we’re dealing with a pre-production unit here, one that sports a pretty large display, maybe even in the 4.3 inch range.

I also noticed that the handset is rather squared, so it’s not the typical LG design, but rather something that makes me think about Sony Ericsson for some reason. There’s a front facing camera on the handset and I wonder whether or not this is a Windows Phone Tango unit that will be announced at CES 2012 or MWC 2012.