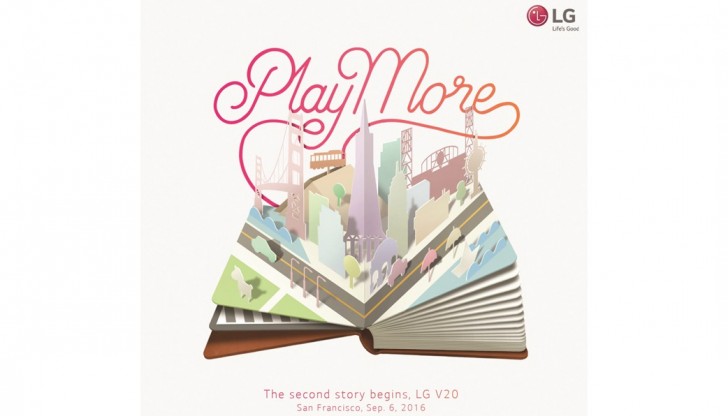 LG is rushing to send out invites to its September 6th event in San Francisco, where it will unveil its upcoming “fall flagship”, if we can call it that. The device is the rumored LG v20, supposed to follow last year’s original LG V10, that had a dual screen and dual front camera. 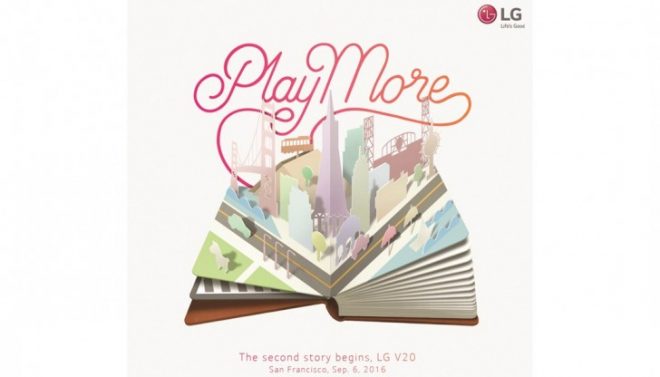 LG’s event in San Francisco will actually be huge and involve 4 days of shows, scheduled from September 6th onwards and also including an extra event in Seoul on the following day. LG V20 will be at the center of everything and it’s teased with two taglines: “Play More” and “The second story begins”. All we know for sure about the device is that it will ship with Android 7.0 Nougat preinstalled.

Previous rumors talked about a 20 megapixel main camera, a main 5.7 inch screen and yet again a dual screen and 6 GB of RAM this time around. We also expect the device to be still rugged and offer a massive body . The dual front camera is not a sure thing right now.