The folks of Mobile-review have somehow managed to score LG’s handset roadmap for early 2010. It’s all touchscreen baby and we’ve got upgrades of famous devices, like the Cookie and Wine. 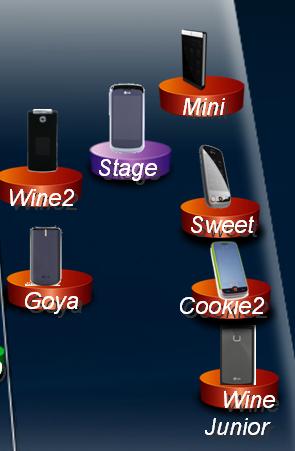 Predictably enough, Cookie’s follow-up will be called Cookie2, while the LG Wine family will be getting two new members, Wine2 and Wine Junior. Also, expect some new models, like Goya, Stage, Mini and Sweet to appear just as 2010 kicks in.

These seem to be entry level and mid-range touchscreen phones and they’re accompanied by LG GX200, an affordable dual SIM model also revealed by Mobile-review and meant to never leave Asia.