The iPhone 5 is in the news again, since the Samsung Galaxy S III is close to launch and rumors about it will become extinct. We’ve heard a lot of talk about a material called Liquidmetal, that’s supposed to be used on the new iPhone. Apple gained rights to use the technology back in 2010 and it’s a mixture of more materials. 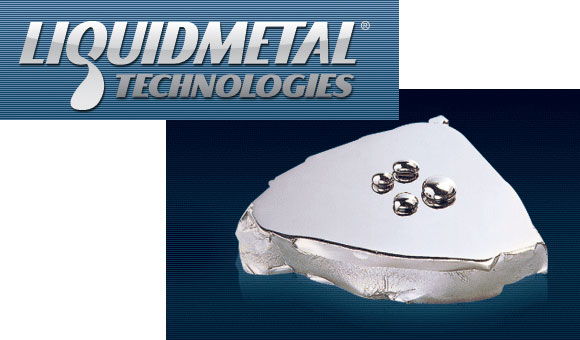 Liquidmetal mixes together nickel, zirconium, titanium and a few other metals, with the result being an alloy that makes it damage resistant. There’s also a term called Metallic Glass, that just like Liquidmetal has been associated to the future iPhone, too. This one actually covers a lot of mixtures, that have this feat: they cool from a liquid to a solid state without crystalizing “in a nearly random” arrangement. Just so you know, Liquidmetal is a subtype of Metallic Glass.

Apple is rumored to use Liquidmetal or some other type of Metallic Glass for the casing of the next iPhone, but the problem here is that it’s a difficult material to work with. It costs a lot to break it and Apple will have to spend more to produce than the glass surface that covered the front and back of the last iPhone. Of course, Metallic Glass isn’t good for the face of the iPhone 5, since it’s not transparent, so it will only be used on the back and edges.