Who would have thought that a full-fledged desktop OS would run on a smartphone these days? And we’re not even talking about the Windows XP phone we’ve seen a while back, but rather of a Nokia N900 unit running Mac OS X 10.3. 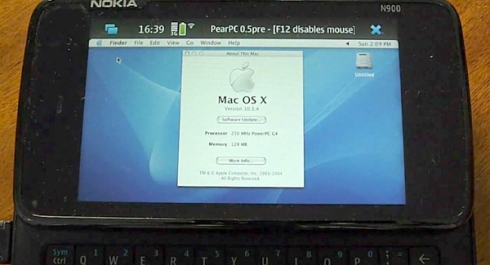 The performance was achieved by Toni Nikkanen from Finland, the first to run OS X on a phone. This bit of hackintosh action relies on PearPC, a PowerPC emulator, used to install OS X 10.3, also known as Panther. Of course, we’re dealing with a very laggy install, that’s far from usable.

You’ll wait 90 minute for a boot-up and a lot of time to move the cursor, but still, it’s innovative. Here’s a video of the OS running on N900: