Home Android MediaTek Helio X10 CPU Put to the Test in AnTuTu, on the... 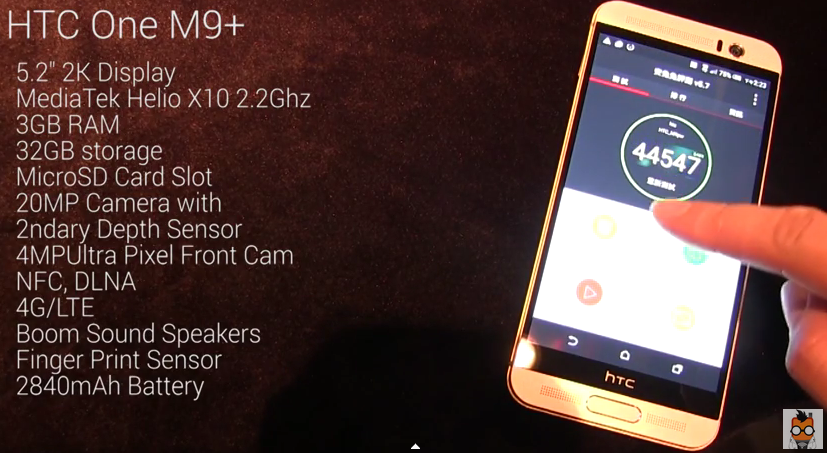 We easily see the Samsung Galaxy S6 and Galaxy S6 Edge breaking the 70k points mark in AnTuTu, but we can’t help but wonder what’s next. The Exynos 7420 seems to be at the top of the game and there’s no challenger from Qualcomm. Is the MediaTek Helio series capable to pose problems? Well, let’s learn that through the benchmark below. 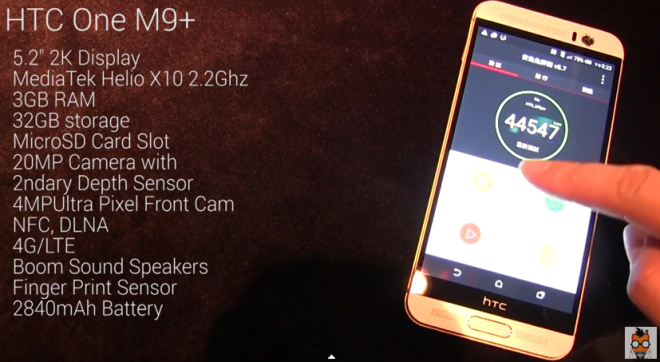 The folks of Mobilegeeks put a HTC One M9+ to the test, in order to see just how good the Helio X10 from MediaTek is. The result is not hugely impressive, around 44k mark, so we have higher hopes for the Helio X20. The HTC One M9+ is seen by many as a way for HTC to make back to the users for the disappointment called HTC One M9. It brings a 5.2 inch Quad HD screen, 3 GB of RAM and a fingerprint scanner.

It also gets a 20 megapixel camera with secondary depth sensor and a 4 Ultrapixel selfie shooter. BoomSound speakers and a 2840 mAh battery are also in the mix. The Helio X10 is a full 64 bit octa core processor, with clock speeds of up to 2.2 GHz and support for high performance dual channel 933 MHz LPDDR3 RAM. It also supports LTE Category 4, so it’s certainly no match for CPUs that support LPDDR4 RAM and LTE Category 6 or even 9.