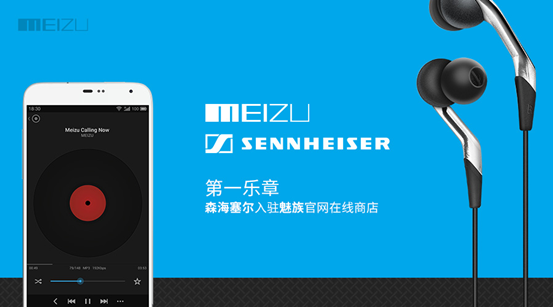 Not so long ago we learned that Meizu could implement Ubuntu Touch OS on its Meizu MX4 flagship or some other mystery platform and today we learn something new about them. The company is preparing to start offering phone accessories in its own store, including a pair of appealing Sennheiser headphones.

We may also see the same headphones bundled with future smartphones, so that’s good news. The offer that includes accessories starts on August 15th and I have to admit I’ve seen my share of companies partnering with acoustics big brands to make a name for themselves. We’ve seen HTC working with Beats for a while and then Apple took them over. HP is still releasing the occasional device with Beats included, while HTC launched a Harman Kardon version of the One M8 not so long ago.

ASUS includes Bang & Olufsen technology on its devices and now Meizu works with Sennheiser. The only thing that’s lacking now is Bose to top it all, but they would probably drive the price of handsets or tablets too high. Anyway, nice to see Meizu striving to stand out of the crowd and offer something new, in a world where Nokia and OnePlus didn’t offer us headphones with the Lumia 930 and One respectively.