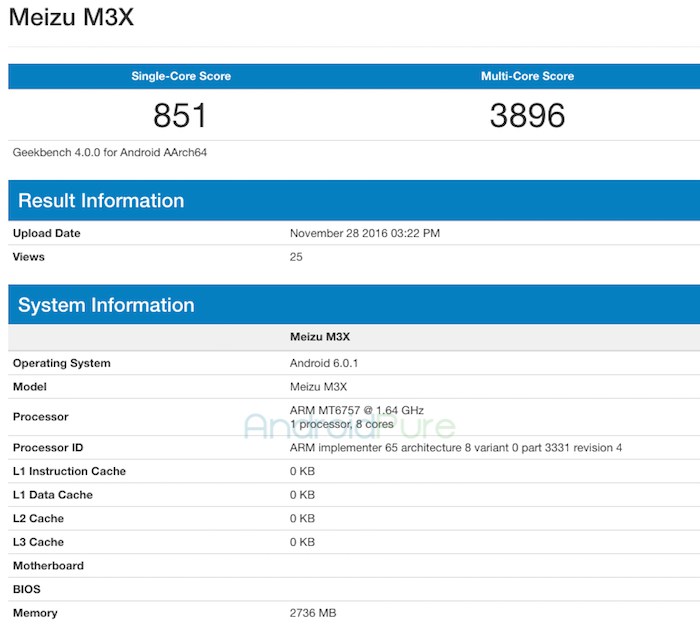 Meizu has an event scheduled for tomorrow, November 30th and apparently another one ready for December 6th, so they’re keeping busy. With so many devices coming, leaks are a common thing and today we’ve uncovered the Meizu M3X, which is a new face, that just appeared listed on GeekBench. 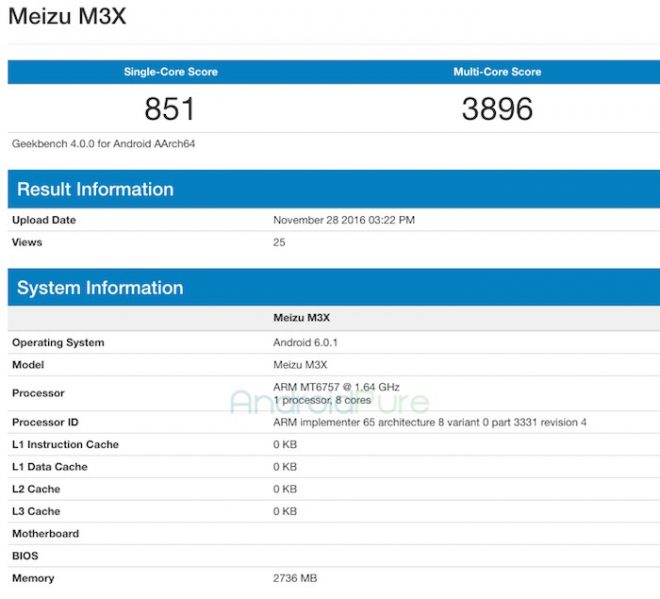 Last we heard Meizu was ready to launch the M5 Note and Meizu X models over the next days, but the M3X is a newcomer we haven’t heard of. Judging by the benchmark results, it’s also not a very powerful smartphone. Since the M3X includes an “X” in the name and the invitation for tomorrow’s event is also marked with “X”, we expect a debut to take place in 24 hours or so.

Judging by the GeekBench listing, this smartphone relies on an octa core MediaTek MT6757 chipset, basically the Helio P20, clocked at 1.64 GHz and accompanied by 3 GB of RAM. There’s also Android 6.0 Marshmallow here, with Flyme 6 OS on top. There’s no other mention of specs, but we expect maybe a 5 inch screen on board or maybe a 5.5 inch one with Full HD resolution, plus the classic 13 megapixel camera and 3000 mAh battery.