Meizu has come a long way from being the classic brand for Apple iPhone clones, so the new M9 handset is a bit more than that. Apparently, this Android phone will receive the firmware update that will take it to Android 2.3 Gingerbread. Meanwhile, a couple of benchmarks for the M9 surfaced, showing surprising results. 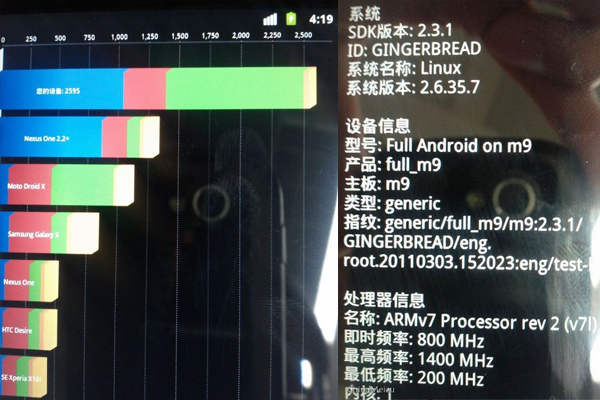 These images surfaced on the web courtesy of a Meizu engineer, although it could be a PR stunt after all. These spy shots show the Meizu M9 running Android 2.3 and scoring 2595 points in the benchmarks, much more than other famous Android handsets, like the Nexus One, Samsung Galaxy S and Motorola Droid X.

The Gingerbread update will reach the M9 by the end of March and this certainly looks like a hot device, if the shots are real.