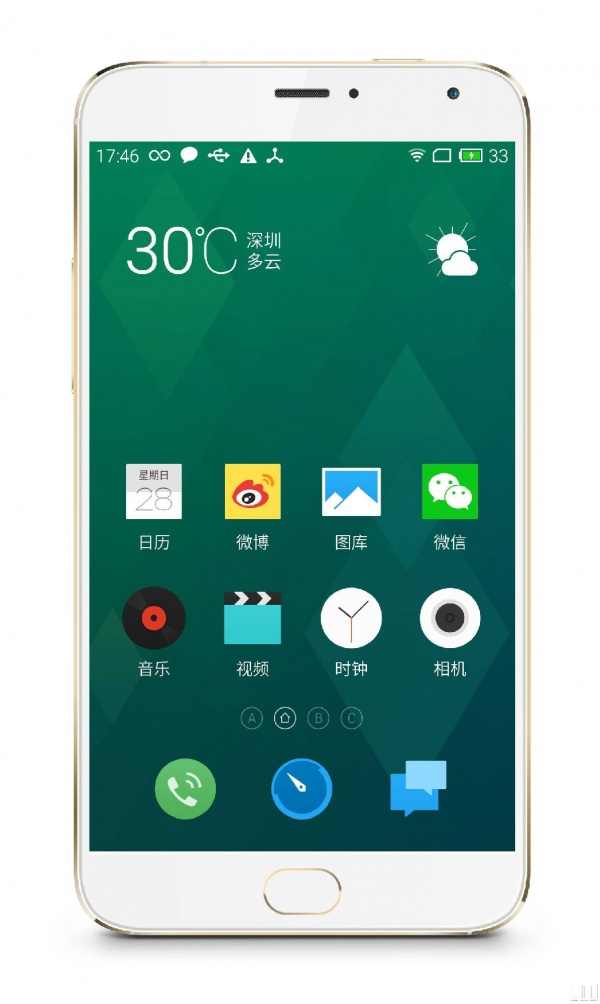 Meizu’s leaks are fascinating, because every time one of the MX4 models leak out, something’s different: it’s either the CPU, some design traits, the UI or even the OS, that’s been changed at least 4 times over the past months. Today, we stumble upon the Meixu MX4 Pro in a fresh leak, that shows us an oval Home key. 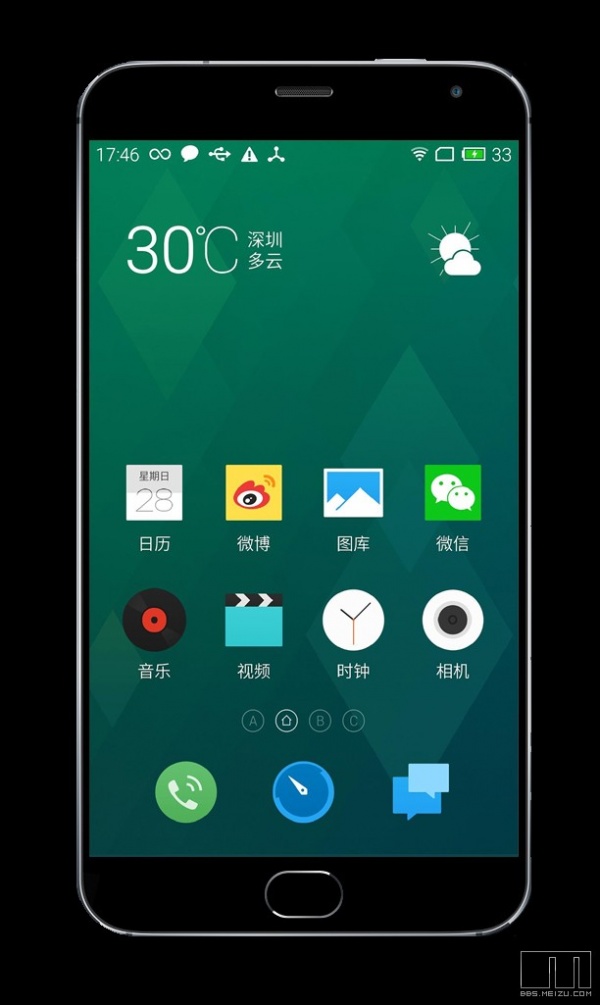 This leak also reveals golden edges, so we may be dealing with a white phone with golden edges here. I have seen the Meizu MX4 Pro leaked before, with a more squared Home button and there were also rumors about a fingerprint scanner integration. There were also some renders of a version with circular Home button, so we don’t know what to believe anymore. The MX4 Pro is rumored to be released next year or so, so the company has time to change its design.

In the meantime, when seeing these renders, I can’t help but think that this model has a Nexus 6-style vibe, especially if it has a bigger diagonal. The UI is also different from the last time, when YunOS was rumored to be on board, so it’s probably the latest FlymeOS on top of Android.