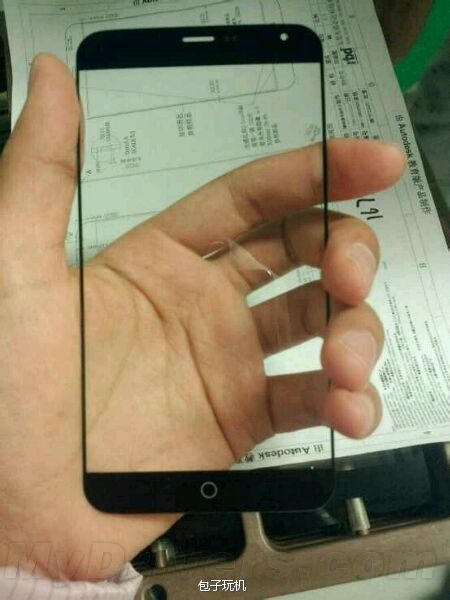 The Meizu MX4 leaks seem to have stopped for the past week, but today they’re back thanks to the Weibo user @BunsPlayingMachine. He posted the images below on the social networking service in China, depicting the front panel of the new Meizu phone.

It appears that the device will have narrow bezels, that measure 1.1 mm on each side, for a total of 2.2 mm of edges. What you can see here is merely the front panel of the smartphone and we also know that the screen will have a special anti fingerprint and anti scratch coating. The typical Meizu styling with rounded edges is confirmed by this leak once again and we seem to be dealing with a smartphone with great screen to body ratio, maybe even better than LG’s.

Last I heard, this smartphone was coming in September, with a Quad HD display, a flat interface, 4G LTE connectivity and 3 GB of RAM. It’s expected to have a 16 or 20 megapixel Sony G lens camera and Flyme 4.0 OS based on KitKat. Previous speculations have talked about 3 versions of the phone, including one with a fingerprint scanner. 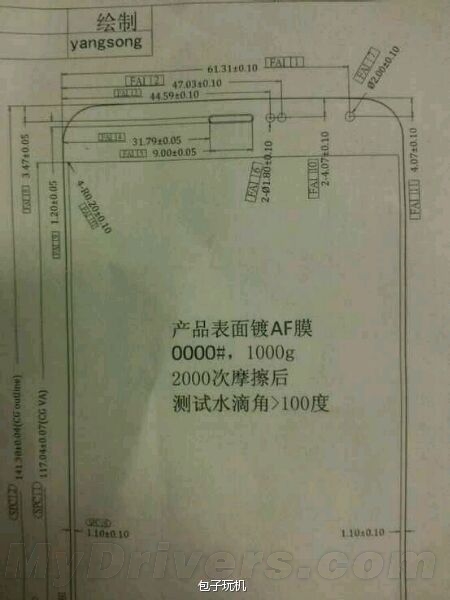