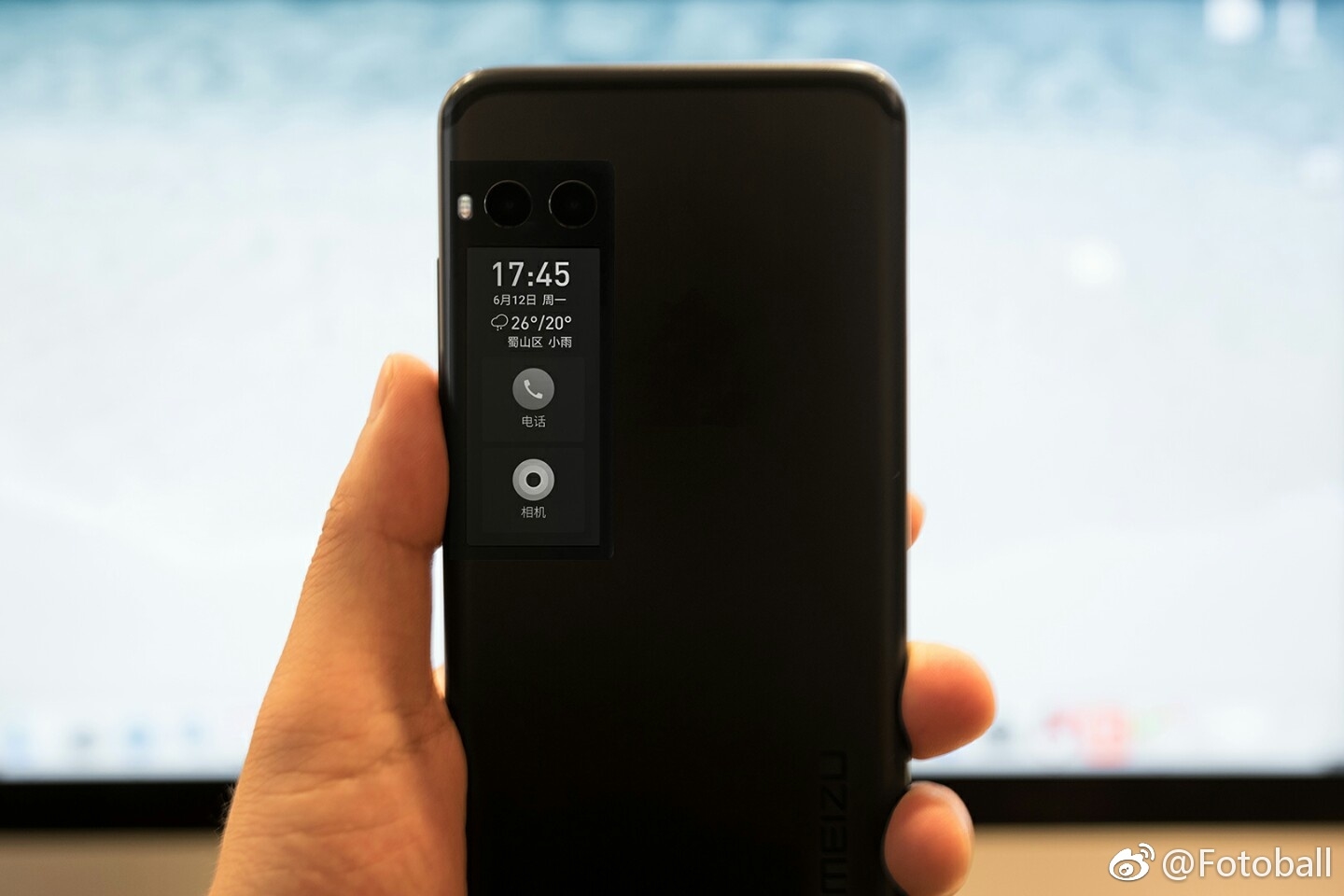 We’ve been hearing a lot about the Meizu Pro 7 lately, as the device leaked a bunch of times. An interesting fact about it was the including of an E Ink panel at the back side, showing notifications and other similar info. Today that feature appears again in a spy shot. 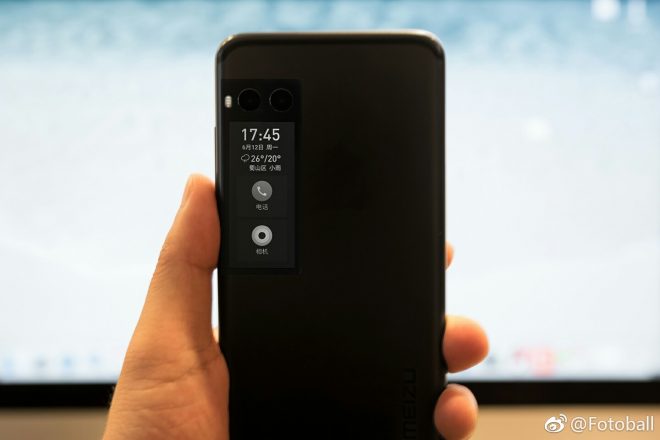 Up until now we saw mostly renders of this second screen, but this time it appears in a hands on pic. The device is expected to debut in July, in time to rival the likes of Nubia Z17, OnePlus 5 and Xiaomi Mi 6, especially since it also supports a dual back camera. The second screen bit isn’t new, since we’ve seen it on the HTC U Ultra, LG V20 and V10, plus on the Galaxy S Edge models, as that extra curved edge.

Of course, there’s also the YotaPhone, with an entire back side dedicated to an E Ink panel. The Meizu Pro 7 seems to keep the antenna design from the Meizu Pro 6 and iPhone 7 and it also is expected to come with a MediaTek Helio X30 processor, although there have also been rumors about an Exynos 8890 inside a larger version, a potential Meizu Pro 7 Plus.

Expect 6 GB of RAM or maybe 8 GB, plus a beefy battery. The dual camera may have a monochrome sensor and a color one, since that’s the trend now.