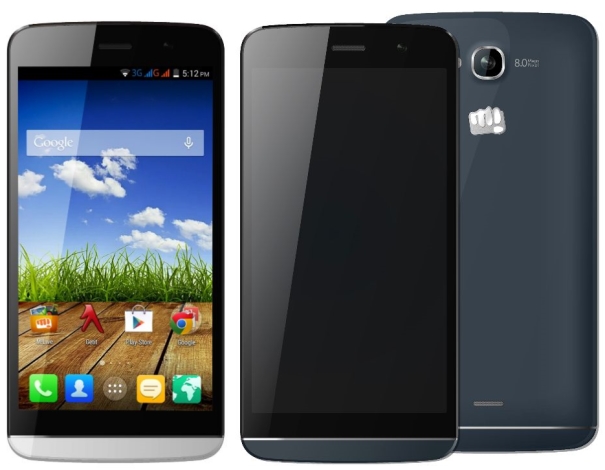 Micromax has a new budget phablet ready to for sale and this 5.5 inch model is now available via e-tailer infibeam.com. The product is priced at $171 and it doesn’t look bad at all, as shown in the image below.

We’re dealing with a model that relies on a 5.5 inch qHD display, a quad core 1.3 GHz MediaTek MT6582M processor and it also adopts Android 4.4.2, an 8 megapixel rear camera and a 2 megapixel front shooter, as well as 1 GB of RAM. There’s 8 GB of storage, a microSD card slot, a 2350 mAh battery and this device is a dual SIM 3G handset, with the usual connectivity options also included.

This is meant to be a rival for the Xiaomi Redmi Note, that was launched in India recently and had some PR problems after info came out that it was leaking people’s data to Chinese servers. I should also mention that the Micromax Canvas L uses a back camera with LED flash and it has a ton of games and apps preloaded, including Clean Master, Zombie Smasher, Bubble X Slice and Kingsoft Office, to name a few.