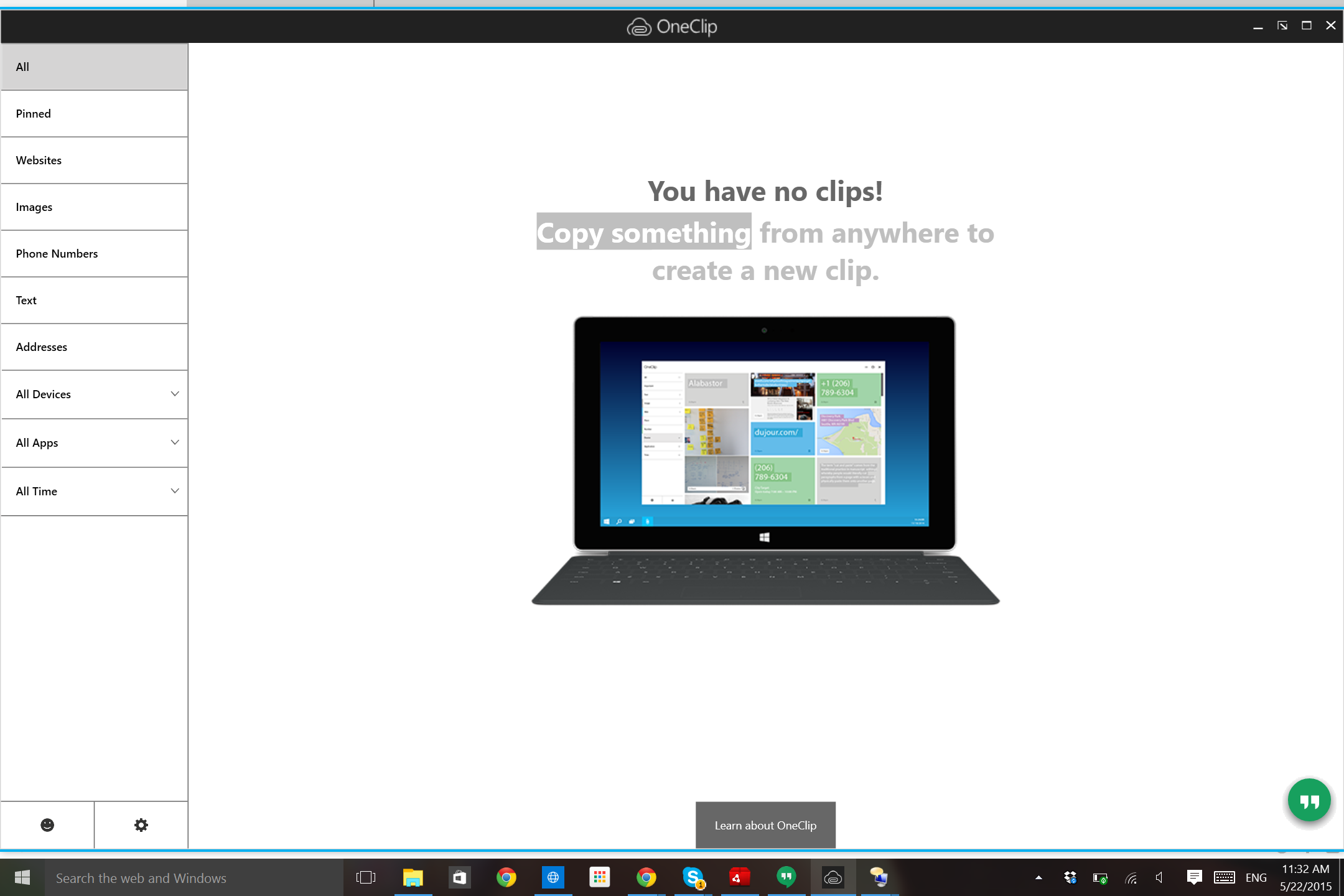 From what we get to know today, it seems that Microsoft prepares a new app called OneClip. This one is tested internally at the moment both on the Windows desktop platform and on the Windows Phone devices. In the same time we get the chance to take a look on a couple of screenshots with the app installed on Windows 10. 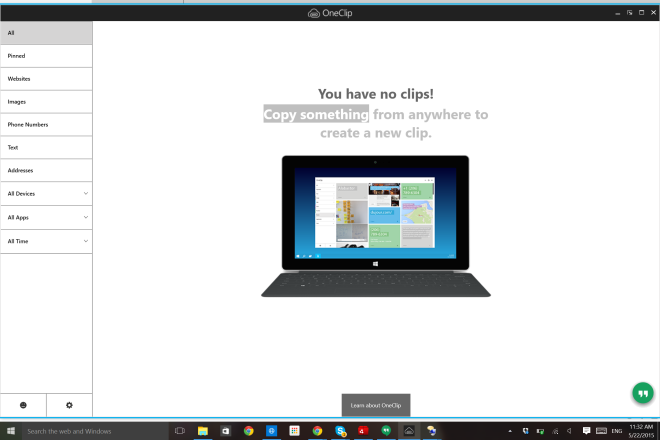 According to a user that had the chance to test the app, among the features brought we have the possibility to store a screenshot, a phone number or an address, details that can be later accessed from your phone. We’ll be able to see these clips on iOS, Android, Windows or Windows Phone devices. 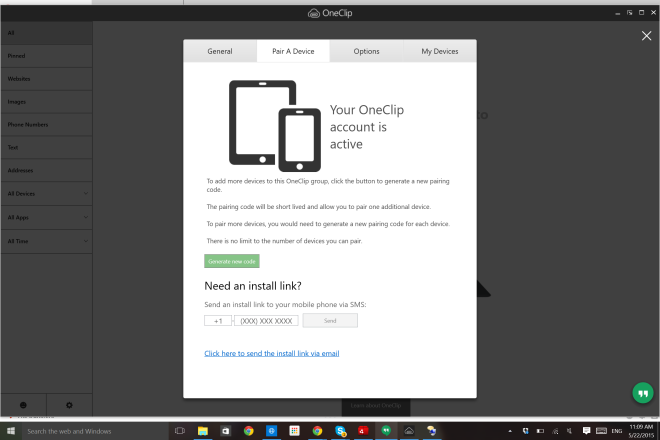 In the picture above we notice that the app also let us store pictures, text messages or even web addresses. From the same spot we can sign up a new device in the app using a code sent on our phone. From what it seems, there is no limit to the number of devices we can pair.