Microsoft recently announced that they have partnered with Design Museum London and the Council of Fashion Designers of America, that will provide cool Windows Mobile 6.5 designer themes (colors, wallpaper etc).

The first designs were created by fashion guru Isaac Mizrahi and the Redmond giant also announced that it’ll release a Theme Generator, that will allow users to customize UI elements and much more. 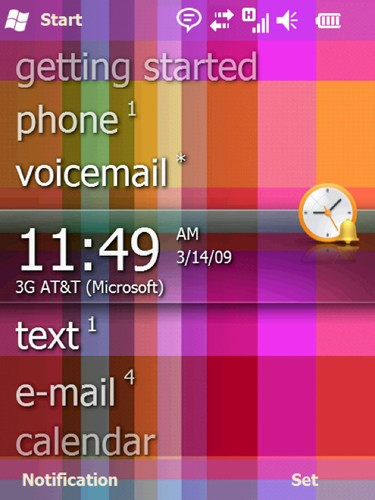 Over 25 companies will be supporting Windows Marketplace and they’ll announce their cooperation at CTIA, that starts tomorrow. Among those brands there are great names like EA Mobile, Facebook, Gameloft, MySpace, Namco and many more. Policies were also tweaked a bit, since last time we learned about them.

Now, you’ll be able to return apps if you don’t like them, within 24 hours and, as far as developers are concerned, they’ll be able to release unlimited updates to their software with no charge at all. Also, Microsoft announced that the upgrade from WM 6.1 to 6.5 will be done only in the case of devices with 128MB RAM minimum and a 400 MHz CPU or better. It’ll depend on the licensees who want to offer upgrades to the customers, or not.