Here’s a premiere shot of Samsung Instinct S30 aka Instinct Mini or M810, that will hit Sprint in the following weeks. The handset is more impressive than the first Instinct and apparently all of the software issues of the first version were removed, so Sprint might launch a hit after all, aside from the promising Palm Pre. 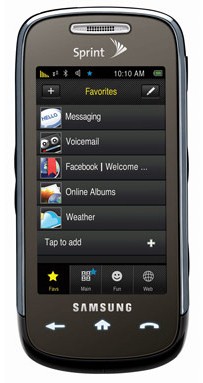 Expect an important launch event, organized by Samsung and Sprint and including celebrities, fireworks and teasers.