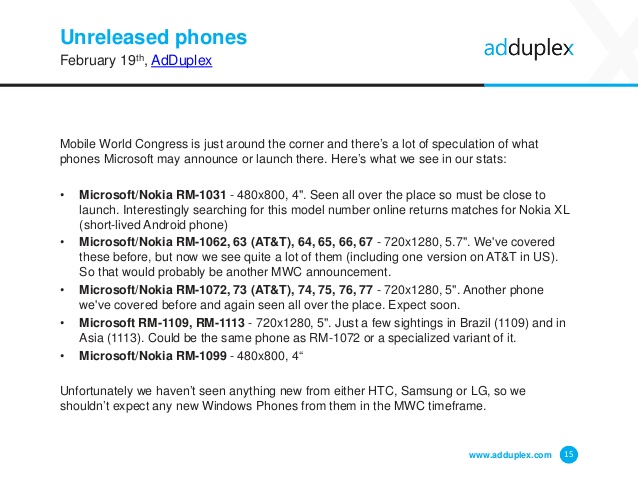 With MWC 2015 coming soon, we have to say that the bulk of the leaks belongs to Samsung and HTC, while Microsoft has been tight lipped about its launches. It appears the Redmond company is preparing 3 new handsets for debut in Barcelona.