Computex goes on, as most famous manufacturers continue showcasing their hot new handsets and smaller names also have goodies for the public. Have a look at Mio Explora K85, the handset pictured below, a pretty sleek device, packing a 3.6 inch WVGA display and a 5 megapixel camera. 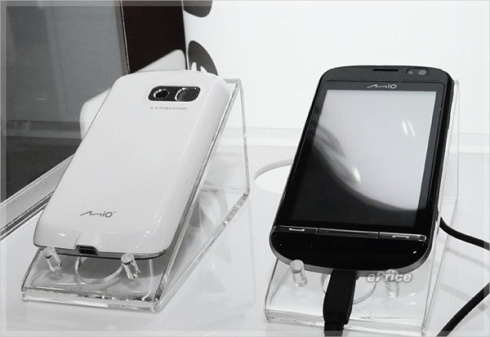 Of course, since this is a Mio-branded phone, it’ll be centered around GPS functionality and come bundled with the Mio Spirit navigation software. We also learn that Mio Explora K85 features a 528 MHz Qualcomm processor and supports 3.5G connectivity.

The handset will hit the market later this year, competing with the latest offers from HTC, Acer and Toshiba.