Hear this: Mio’s working on a Windows Mobile phone, which will hit the market in Q1 2009, as a move to compete with the arch-rivals Garmin. The resulting device will surely have neat GPS features, but you might also want to know that Mio already produces a couple of GPS PDA phones (A702, pictured below), which are not as popular as they should be. 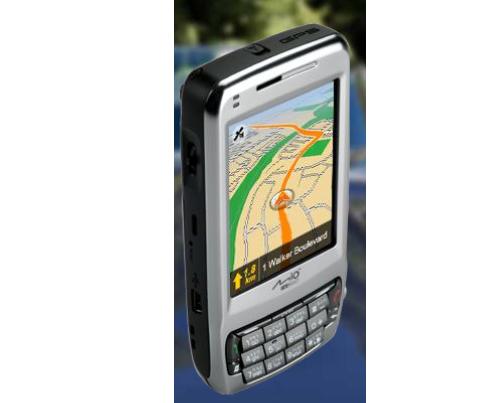 Mio’s upcoming handset will use Qualcomm’s 3.5G chipsets and the company’s own UI named Sprint. The specs list of the newcomer will be pretty impressive, including a 3.5 inch touchscreen display, a 3.2 megapixel auto-focus camera and the latest Windows Mobile OS.

This product will hit the market together with a MID sporting a 7 or 8 inch TFT LCD display and GPS capacity, 3G and Windows CE OS. In the same Q1 2009, we’ll also see Garmin’s Nuvifone on the market so things will get ugly among the two competitors.